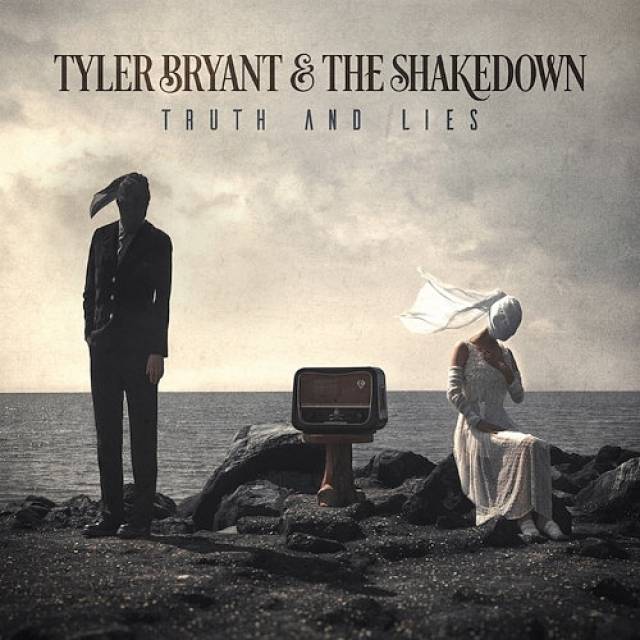 New album out on June 28th!

There’s something TYLER BRYANT & THE SHAKEDOWN learned from the huge shows they’ve played supporting the likes of AC/DC and Guns N’ Roses over the past few years. It’s what guitar prodigy Bryant calls “the cannonball approach”… “I’m gonna run out like a bullet from a gun and let everyone know I’m here to give ’em all I’ve got,” he says.
And that’s precisely what The Shakedown do on their incendiary third album. Truth and Lies is a taut and thrilling record, exploring Bryant’s blues heritage (Ride), blistering heavy rock (Shock and Awe), heartfelt balladry (Out There), southern roots (Trouble), love of the ’90s rock and roll movement (Eye to Eye) and more…
The Shakedown decamped to Studio G in Williamsburg, NY, earlier this year, where they laid down the 13 numbers that make up the record – mostly live, with a few overdubs – in just over two weeks. They worked quickly, with six time Grammy nominated producer Joel Hamilton (The Black Keys, Highly Suspect, Tom Waits), because they wanted the album to sound raw and visceral, not careful and laboured.