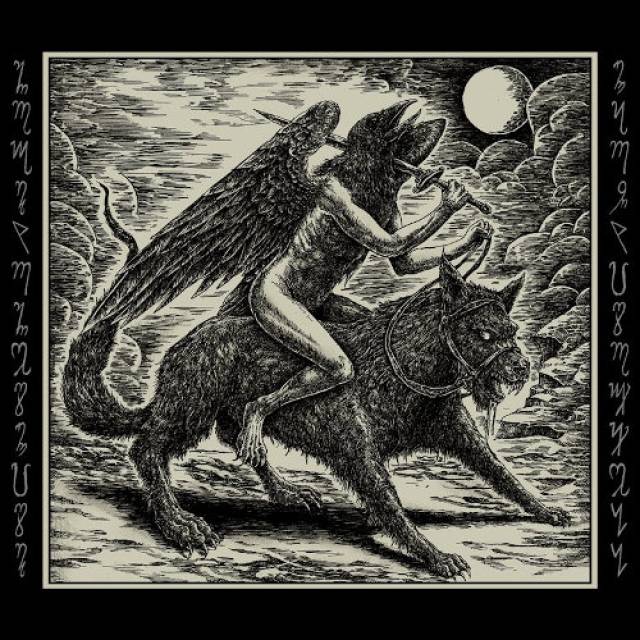 New album "Marquis Of Hell" out on June 13th!

Seance Records is pleased to announce Nocturnes Mist's brand-new opus to be released on June 13th in 2019; their fifth album entitled, 'Marquis of Hell' which we believe has the distinction of being undoubtedly the band's finest hour. 'Marquis of Hell' delivers not just solid, but stellar black metal which is straight up, unapologetic and not self conscious or over-thought but just the way it should be, delivered in its most genuine, traditional form; musically and thematically. From the demonic rumbling at the beginning of the opening track 'Abyssus' to the title track, 'Marquis of Hell' and the ruminating menace of 'Cursed' or the anthemic old school, 'Wolves of Satan' and 'War Machine', Australia's Nocturnes Mist sets the atmosphere then surges straight into blistering speed and ferocity that is in your face like a blast furnace from hell! However Nocturnes Mist never forsake dynamic songwriting for mere speed and savagery because within the fangs of its fury is masterfully interwoven malignant melody of a most diabolical cast, scorching guitar leads and the subtle symphonic undertone of keys which ominously simmer just below the surface to craft Black Metal which is aggressive, formidable and unmistakably atmospheric. This is an album indicative of the band's 90s roots yet imbued with immediate emotion and threat that still stirs the blood in 2019 over 20 years after the band's formation.
Thematically inspired by the album's namesake, 'The Marquis of Hell' or, Andras who has been written about by the likes of great demonologists such as, Johannes Wier, Collin de Plancy and according to the 'Goetia' was "A Grand Marquis of Hell, appearing with a winged angel's body and the head of a raven, riding upon a strong black wolf and wielding a sharp and bright sword". He was responsible for sowing discord, something that is abundant in current society and also within the microcosm of the Black Metal scene. He is depicted on the cover artwork by Jenglot Hitam and inside the release painted by Davey Baker, both artworks were especially commissioned for the album. Indeed, Andras's presence dominates throughout the album which covers many elements of discord via themes of demonology and the occult, suicide, hypocrisy and the serpentine treachery of human nature.
Vocal & lyrical duties on 'Marquis of Hell' are shared between, Deceiver, Inferus & Ominous but despite lyrics being penned and performed by multiple people there is cohesion amidst the contributing personalities. Like the music and lyrics which are straight up so are the band who state about the album, "Black metal for us is a vent for the hate and dark sides of our lives, but amplified". Therefore Black Metal is spiritual and cathartic; a way to explore the discord which surrounds us, to comment and contemplate. For Nocturnes Mist Black Metal is an earnest undertaking; a homage to Satan and the occult arts, expressions of emotion and experience not to be trivialized or parodied.
With 'Marquis of Hell' these veterans of second wave black metal carve out not just mere 90s nostalgia but music which contains the spirit of its creators and a time when black metal was spirited and compelling. Influenced by a plethora of 90s Black Metal with traces of the Norwegian and Swedish sound, in addition to the isolated savagery of the early Australian scene. 'Marquis of Hell' may serve as a respite from the false, contrived and increasingly diluted state of Black Metal in 2019, not to mention its ever confounding politicization. This is the wolves jaws clamping down on falsehood, their vice-like grip heralding honest, pure traditionalism from a group whose heart was etched in the 90s black metal scene and for whom a pure passion for the genre still continues regardless of trend or outside influence. 'Marquis of Hell' and Nocturnes Mist are an elixir to those who crave devotion to darkness and Black Metal for the sake of Black Metal.... for these are the wolves of Satan hear their battle cry!

More in this category: « HIVE KAVARA »