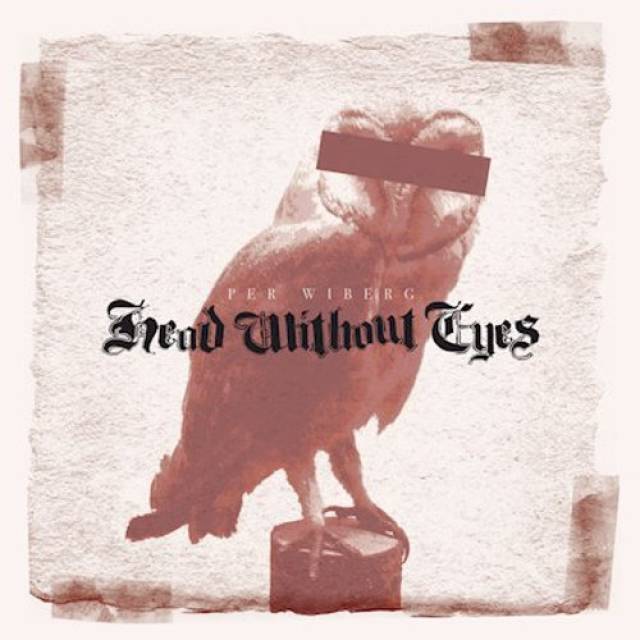 New album "Head Without Eyes" out on May 10th!

The term heavy can be applied to many different music genres and in many different contexts. Swedish musician Per Wiberg, has made a living out of playing most things heavy the last 30+ years. A multi-instrumentalist who has played keys, bass and guitars with a number of bands and artists like Opeth, Spiritual Beggars, Candlemass as well as Clutch/Bakerton Group, Switchblade and Kamchatka to name but a mere few.
”I’ve always been, and in many respects still am a band kind of guy, so this solo venture has been a long time coming. It’s scary to not have a bunch of friends to rely on and bounce ideas off, but it’s been very healthy to step out of that comfort zone. I think it reflects a lot on the music and it’s definitely an album I needed to make. Time for a different kind of heavy.”
Head Without Eyes is the result of an urge to constantly move forward artistically. Combine this, with a lifetime of music addiction and record collecting and you’ll get an amalgam of catchy hooks and memorable melodies layered on top of trippy sounds exploring the more experimental sides of rock music. Impossible to categorize but let’s paint the scene. Imagine, if you will, having afternoon tea with Killing Joke and Van Der Graaf Generator, followed by a smokeout in the company of Hawkwind and Young Gods, while later being invited for a night cap with Talk Talk and Swans. Are you with us? There’s a dense doomy, sometimes dissonant vibe to the songs and together with the melodic parts it creates an interesting sense of dynamics. This is underlined by the surreal landscapes portrayed by the sometimes sinister lyrics.
”The challenge for me and something that I really wanted, was to keep things within the so called ‘pop format’ with a verse and a chorus part, also on the longer songs. The majority of the music I’ve played in my life has been based on guitar riffs. But with this, I wanted to focus on moods and let the lyrics set the tone. Kind of a singer songwriter vibe but instead of using the traditional Americana backdrop I worked with using field recordings and noisy parts in the songs, as well as some quirky arrangement ideas to give it more of a cinematic feel. I’ve always liked the yin & yangs in music, to have a very defined melody on top of something atonal or dissonant. It creates a lot of tension and in this case it’s the thread that runs through the album. This shaped the lyrics as well, as they all deal with the fear of leaving, or the fear of being left in different contexts. Little stories with a nihilistic tone…”
Per is handling all instruments and vocals with the exception of drums which are played by Karl Daniel Lidén (Crippled Black Phoenix, Katatonia, Switchblade) who also mixed 3 songs and Lars Sköld (Tiamat, Avatarium). Billie Lindahl (Promise And The Monster) lends her ethereal voice to Anywhere The Blood Flows & Pile Of Nothing, as well.
”Asking Karl Daniel Lidén to mix the 3 songs he plays drums on was an easy choice as we share a lot of common ground when it comes to influences and sound references. Drums for the other 3 songs were recorded at Black Lounge Studios by Jonas Kjellgren and it was natural that he’d mix those tracks. Both guys are good company, very creative and always manage to bring something extra to the table which made the whole mixing process seem effortless to me. All other instruments and vocals I recorded at my rehearsal space during 2016 – 2017.”
With "Head Without Eyes", Per has created a new platform to write and perform music that moves between discordant to harmonic; sparse to bombastic. Also when listening to these songs, one can’t help but notice how mature it sounds for being a debut album, but then again, if you mean what you play, you can never go wrong. 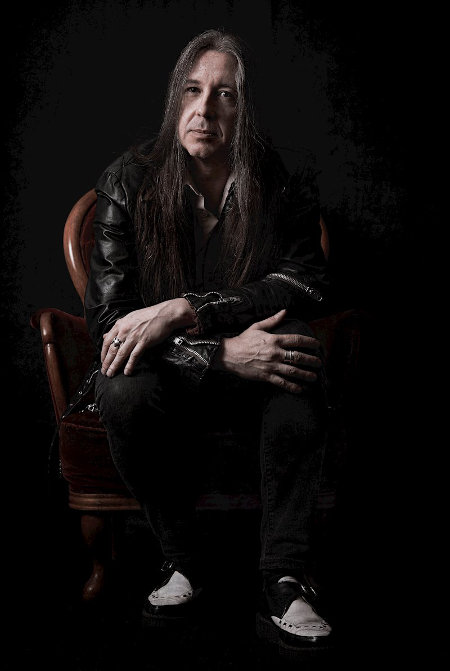 More in this category: « NITRATE MAJESTY OF REVIVAL »