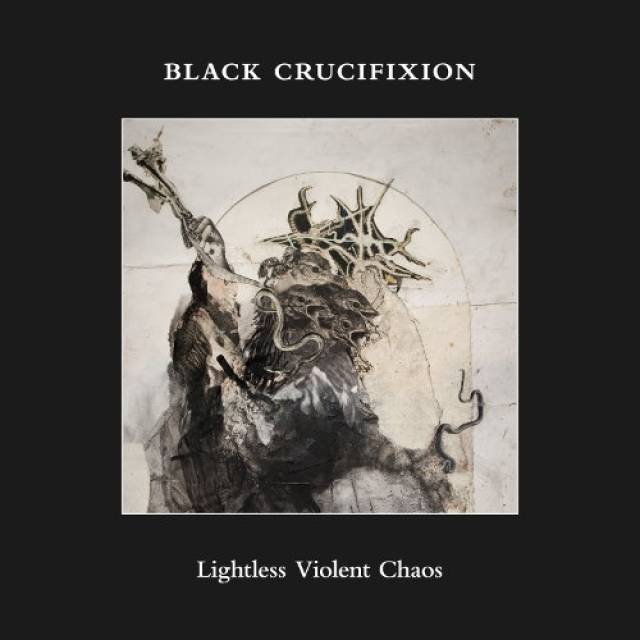 Seance Records sets June 3rd as the international release date for the definitive, worldwide edition of Black Crucifixion’s fourth album, Lightless Violent Chaos.
Forming in the dark days of 1991, Black Crucifixion have long been a revered name in the Finnish black metal scene. From their beginnings through today, the band’s work has been a pillar of challenging magnificence: always with an immediately identifiable sound, but always evolving and surprising, taking the true heart of black metal - boundless freedom, unfettered unorthodoxy - and casting dazzling new shapes with it whilst honoring its original essence. And amidst an already sterling, supremely cult catalog do Black Crucifixion reach its apotheosis with Lightless Violent Chaos.
A true "dark horse" if there ever was one, Lightless Violent Chaos had its preliminary release as a limited edition in the band's homeland in 2018, and the abum has not been available outside Finland. Longtime fans Séance Records – who worked with the band for the international edition of their third album, 2015's Coronation of King Darkness – are now proud to give Black Crucifixion's Lightless Violent Chaos the worldwide OFFICIAL release outside the Nordics.
"Nowadays music sounds like it was written and produced in McDonald’s – by the people who work there. We instead wanted to create an album that evokes the horror of being less than a whisper in the time-defying roar of the cosmos." So says the band of Lightless Violent Chaos. Ever aptly titled, Black Crucifixion's fourth album creates a sonic and lyrical journey that should be experienced by the most adherent supporters of cult black metal as well as fans of progressive rock and ambient atmospheres. And as was the case with the critically acclaimed Coronation of King Darkness, the Finnish prog rock legend Rekku Rechardt again features as lead and rhythm guitarist on Lightless Violent Chaos.
Since their 1991-recorded debut EP, The Fallen One Of Flames, Black Crucifixion have been delivering their unique brand of black metal in a manner that cannot be mistaken for anyone else. Although never as heralded as their contemporaneous countrymen like Beherit, Impaled Nazarene, and Archgoat, there’s a reason why more well-known bands like Primordial dedicate songs to Black Crucifixion.
Always the mavericks, Black Crucifixion's Lightless Violent Chaos was designed to be listened as one piece. As a result, its length coincidentally matches Pink Floyd's The Dark Side of the Moon - "a fact that we realized just when finishing the mixing," says longtime bassist E. Henrik. The band’s songwriting has been admired by many, but it has even improved on Lightless Violent Chaos. And yet, the album and its production are loyal to their original roots, as even the Stratocaster from The Fallen One of Flames sessions was employed in the recording. It can be said that everything that was good in recording technology in the early '90s is present on this magnum opus of Black Crucifixion. Indeed, such is the most endearing aspect of this long-cult band: the skillful balance of tradition and transcendence, purity and progressiveness, darkness and its underside. Finally shall Lightless Violent Chaos see the esteemed treatment it so rightfully deserves! 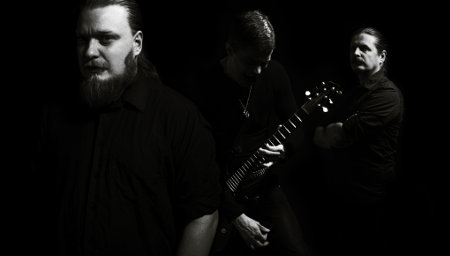