AOP Records brings forth the brand-new Cult EP, to be presented on 7" vinyl as well as digital formats. The EP's release precludes an European tour.
With influences ranging over decades, Spiral Skies have created a sound that can most easily be described as "on-other-planets kinda rock": an unique blend of folk, doom, and '70s rock music. Spiral Skies have been compared to such bands as Jefferson Airplane, Curved Air, and The Devil's Blood, to name a few.
Spiral Skies have spellbound audiences with their unique visual performance and intense, enchanting live shows, and their early EP A Queendom to Come gained a lot of attention on Bandcamp, resulting in the following single "Event Horizon." Their 2018 debut album, Blues for a Dying Planet, was highly praised from the international press and sold out after just seven months. 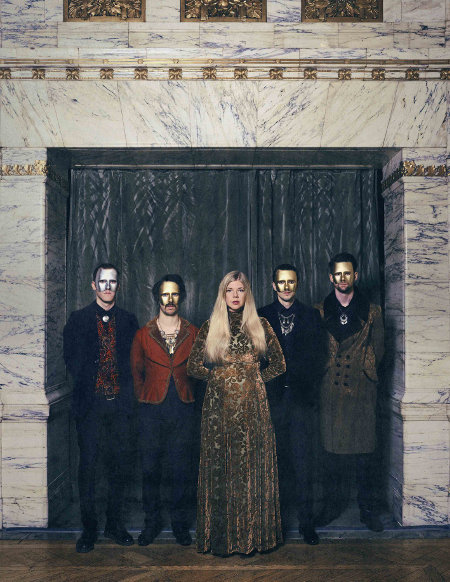