GLEN SHORROCK (founding frontman of The Twilights, Axiom and ‘70s hitmakers Little River Band) releases his latest album 'Glenn Shorrock Sings Little River Band' on 8th March via Social Family Records,
With a career spanning more than 50 years, Glenn Shorrock is one of the elder statesmen of Australian contemporary show business and has the unusual distinction of having been inducted into the ARIA Hall of Fame on two occasions, both as a member of LRB and as a solo artist. The founding frontman of The Twilights, Axiom and ‘70s hitmakers Little River Band (later known as LRB), Shorrock carved out astonishing success around the globe, particularly in the USA, where LRB shifted the bulk of its 25 million-plus career album sales.
Moving forward, 2019 sees the release of the living legend’s latest and somewhat reminiscent” solo album, Glenn Shorrock Sings Little River Band, produced and recorded live in the studio by producer and artist, Steve Balbi, at Rancom St Studio and The Engine Room and mixed by Tony Wall.
The outstanding musicians who joined Shorrock to record the album live in studio included Pete Drummond (drums), Jak Housden (guitar 1), James Van Cooper (guitar 2), Dario Bortolin (bass), Robbie Woolf (keys), Glenn Cunningham (bv’s), Hugh Wilson (bv’s), Phil Stack (upright bass on Reminiscing), Mitchell Rogers (lap steel), and Ross Middleton (sax). The album was engineered by Ted Howard and mastered by Paul Gomersall.
Born in Kent, England, Glenn migrated with his family at the age of 10 to Adelaide in the mid-1950s. A self-confessed child of rock ‘n’ roll, he began singing in 1962.
At the end of 1974, Glenn helped form Little River Band as lead singer. Managed by long-time friend, Glenn Wheatley, Little River Band cracked the lucrative United States market in 1976 and began a string of eight Top Ten hits there and around the world, and often been credited for opening the door for many Australian acts on the international circuit. In 1995, Glenn fronted Little River Band during their 20th year anniversary, three and a half-month tour of the United States.
Fast forward to 2016 and the acclaimed singer/songwriter returned with a collection of songs composed by himself and friends, old and new, offering a mix of folk-rock and easy listening tracks with his solo album, Rise Again, also released through Social Family Records and available on CD and digital platforms.
Although now in his 70s, Glenn continues to tour constantly, with 2018 seeing the June release of his autobiography, “Now, Where Was I?” about his career with the Twilights, Axiom and Little River Band and back again. With the new solo album out on March 8, fans can catch Glenn at a run shows later that month and further into 2019.  He’s certainly not ready to slow down yet! 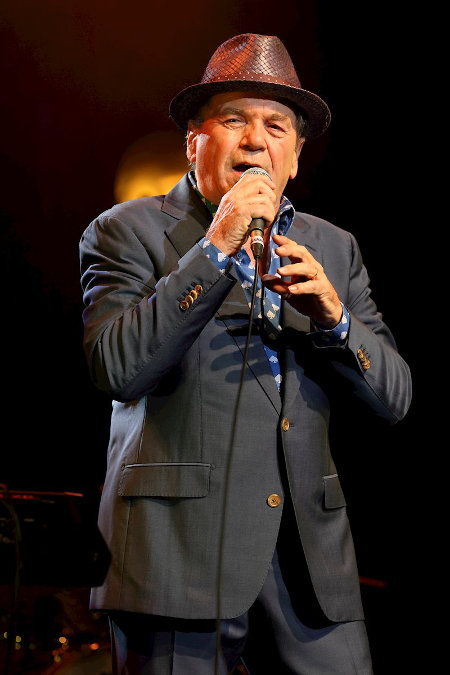