On November 30th, AOP Records presents Ellende's classic debut EP, Ruckzug in die Innerlichkeit, on gatefold vinyl and a limited digipack including a 20-page-booklet on semi-transparent paper. Originally self-released by the band in a mere edition of 100 copies, Ruckzug in die Innerlichkeit was the startlingly developed first recording of Ellende which set them on their course of atmospheric black metal dominance, and is now being presented in its definitive physical version while the band crafts their upcoming third album.
Ellende was founded by L.G. in 2011 as his very own solo-project after playing in several metal bands. After his first EP, Ruckzug in die Innerlichkeit, was self-released in 2012, Ellende turned into a live project with session musicians (P.F. – drums, L.B. – guitar, D.B. – guitar, Norgrim – bass, L.G. - vocals), signed to a label, and released their self-titled debut album in 2013. Being an early live member on the drums, P.F. was also recording some drum tracks for the debut album in the studio beside L.G. and started undertaking recording the drum tracks as a whole for all future releases. After some live shows in Europe, L.G. decided to enter the studio again to record the EP Weltennacht, which was released on vinyl during their first European tour in 2014. Two years of live appearances later and the welcoming of S.B., who from now on did the live bass instead of Norgrim, Ellende released their second full-length, Todbringer, in 2016 which had a huge impact on the atmospheric and post-black metal scenes
Says. L.G. about Ruckzug in die Innerlichkeit, "Ruckzug in die Innerlichkeit is a very special release to me, as it was my first attempt putting my ideas out there anonymously and let people enjoy an EP that is deeply rooted in the harsh desolation of black metal and the beauty that lies in nature, loneliness, and misanthrophy. It is an important initiator of what Ellende is and may become, walking down a burrow I couldn’t stop exploring until this very day." 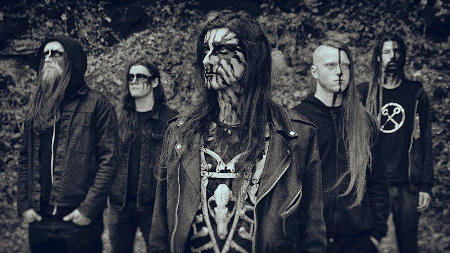 More in this category: « PURGATORY BISMUTH »