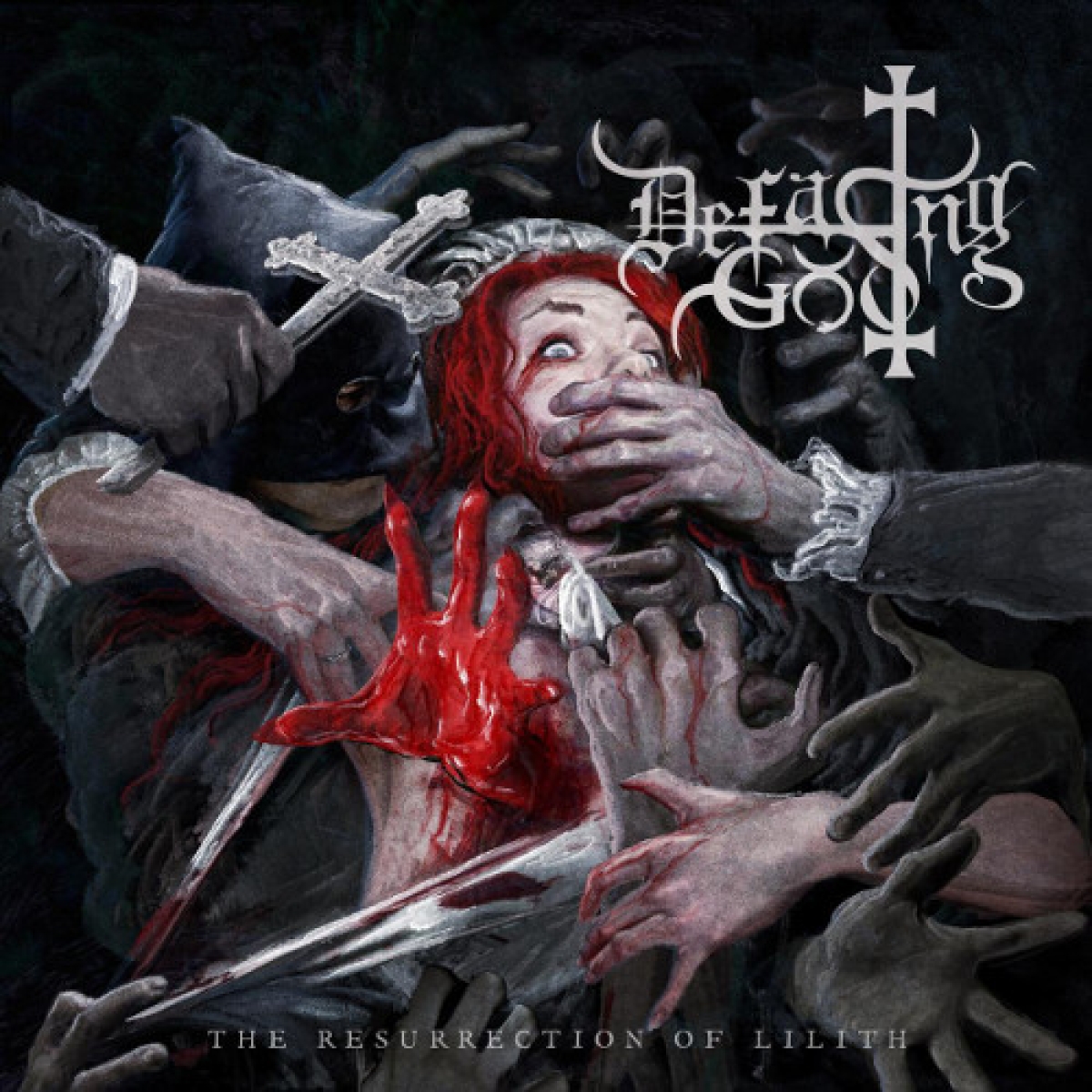 New album, "The Resurrection Of Lilith", out on September 2nd!

Extreme melodic death metal upstarts DEFACING GOD command notice with their hauntingly dark and refreshingly honest debut album, The Resurrection of Lilith, set for release on Napalm Records. The record marks a multifaceted, grim and bludgeoning escape that spans the arc between raw death metal and symphonic grandiosity with ease, showcasing DEFACING GOD’s ambition to bewitch metal fans around the world with their sonic universe.
With their conceptual themes, the Denmark based outfit focuses on the seeping darkness that moves in us all – rooted in occultism and witchcraft, but primarily the mythologically mysterious female demon Lilith and her tales of fervent defiance and perseverance.
Through their storytelling, music and aesthetic, the band pulls their listeners into a dark universe of obscure myths, folklore and ancient stories, all the while weaving in often subtle lyrical inspirations from modern societal oppressions and personal demons. Sonically, DEFACING GOD balance massive extreme melodies with a twist of grandiose orchestration by Lars Vinther, echoing the styles of artists such as Cradle of Filth, Carach Angren and Dimmu Borgir. But rather than blend it with a conventional dose of black metal, the band proudly merges these auras with infernal death metal. Additionally, The Resurrection Of Lilith was produced by Jacob Hansen – known for his work with Fleshgod Apocalypse, Volbeat, Evergrey, Epica and countless others.
DEFACING GOD state: “The stories draw parallels to the ancient, but also the present world where many people (Lilith's point of view: women) still have to fight for their freedom and justice. A world where there are still people being oppressed and held down either because of their gender, ethnicity or their personal conviction. We are enslaved by society in so many ways that it ?s even hard to imagine and to comprehend. Furthermore, ‘Lilith’ speaks up for strong bonds, exactly like the one we're having in the metal community. The mission for Lilith, is to send out a message saying that we are stronger if we truly stand together and with being free and with the right mindset, we can change the world.
In the name of art there should no boundaries and everyone should have the freedom to be their own independent self, to explore and to express as they desire without being judged or oppressed.”
The album arises with a cinematic, chanting introduction, leading the listener into the demonic world of DEFACING GOD. Building up tension to release into an uncompromising melodic, orchestral death metal assault on “The Invocation Part I “Lilith””, the track emerges as the first of three songs introducing female forces of legend as a trinity to be reckoned with – the first being Lilith, Adam’s first wife, who refused to obey and now reigns as a symbol of feminine rage and independency, but also for the darkness found within oneself. Bookending the undeniably strong “The Resurrection” are parts two and three – “The Invocation Part II “Jezebel”” and “The Invocation Part III “Abyzou”” – which lead into “Rise Of The Trinity”. The remainder of The Resurrection of Lilith proves to be an auditory onslaught of epic proportions, seeing DEFACING GOD unleash their supreme power and full songwriting dynamics with varying yet unrelentingly hard-hitting tracks like “The End of Times”, “Echoes From Fulda”, “Death Followed Like a Plague” and “Enslaved”. Penultimate track “In the Land of Rain and Sorrow” blasts with a blackened, dense wall of sound before the album closes with encapsulating, symphonic “Into the Mist of Memories” – featuring a neo-classically inspired guitar solo. 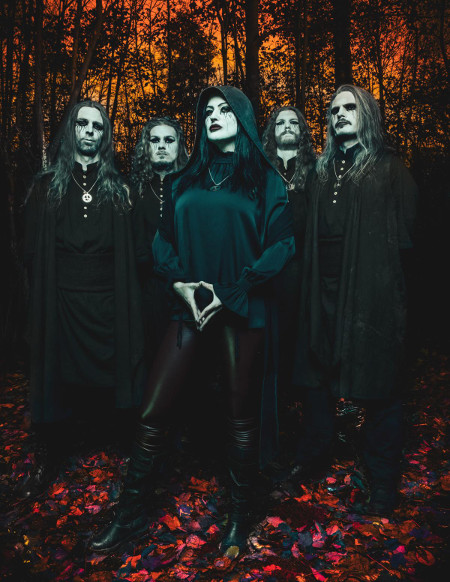 Rate this item
(0 votes)
Tweet
More in this category: « SPELLBOOK MATT MICHELL AND THE COLDHEARTS »