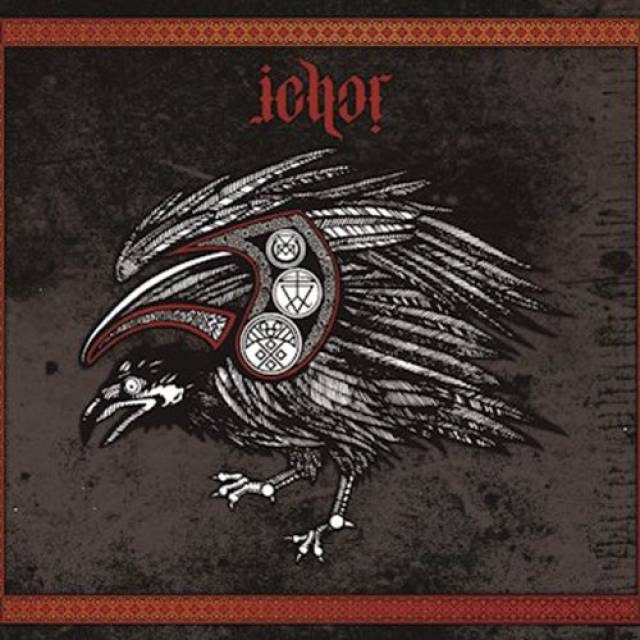 New album "The Black Raven" out on September 17th!

In 2021 ICHOR and the Black Raven unfurl their wings to cast a blackened shadow over this plague ridden world with the release of ‘The Black Raven’, the follow up to their 2017 album, ‘God of Thunder God of War’. Ichor was formed in 1993 by Wraith & Diablore the founding members of Nazxul. Only producing one demo in 1993, Ichor retired to make way for the dominant force that Nazxul became in the Australian black metal landscape. But after a mighty resurrection in 2017 Ichor moves from power to consummate strength with their new album ‘The Black Raven’.
With this album, Ichor forges ahead with a decidedly more atmospheric vision that is consciously understated – yet magnificently majestic, vastly epic and utterly timeless! Forged with the impassioned sensibility of the 90s scene from which the duo arose, the album is still decidedly modern and engaging. Taking inspiration from Viking era Bathory and the 90’s Pagan Black Metal which these albums inspired; there are also hints of masterpieces like Samael’s ‘Worship Him’ or Rotting Christ’s ‘Thy Mighty Contract’. Like these works ‘The Black Raven’ is predominantly a brooding mid-paced affair accentuated with flourishes of pomp and might, conveyed with the purposeful clash of keyboards that resonate like a bombastic call to battle. An alluring sense of haunting magic also emerges from within the album with subtle strains of folk melody, acoustic passages and an underlying ambience. This is overlaid with Diablor’s vitriolic vocal style that simmers with formidable menace while ‘The Black Raven’ builds to peaks of rewarding grandeur with its insidiously grim aura and layers of melancholic melody.
Thematically the music comes to life, animated with the breath of ancient memory and a sense of primal mystery. A sensibility emerging from deep within the creator’s souls, invoking the dark forests and ice peaked mountainous sublimity of Eastern Europe from which the founders of Ichor claim their heritage. The link with this land as a spiritual home, inhabited by the presence of the ancient Slavic Gods and spirits is key to the music of Ichor. As are the struggles of human-kind over the centuries to exist within this landscape and forge a path amidst hardship and battle. Interwoven with tales of dark Slavic magic, witchcraft and folklore ‘Black Raven’ becomes a mystical journey into a dark and powerful age connected with Ichor’s ancestral land.
The culmination of all of these elements draws the listener in as ‘Black Raven’ becomes more captivating with each listen as it weaves its unique magic. It it not audacious, nor vainglorious - but solidly self-assured and crafted to perfection with the confidence and maturity that comes from a duo that has been perfecting their Black Metal art for so long. Like the carrion creature’s black feathers this album slowly unfurls - a dark omen beckoning to the listener. It is the call of the winds, the trees, the mountains and the rivers to the soul; the voices of the ancient Gods and echoes of the past resonating from the ether of time to weave its dark magic.

More in this category: « GRAVEDANCER RUIN »