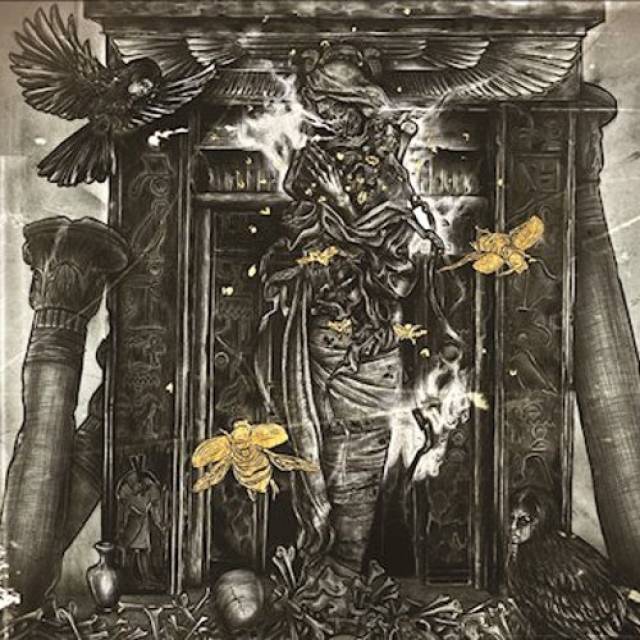 Seance Records opens the tomb and unravels the layers of burial shroud to present the debut EP of SHUYET in 2021. The self titled work unveils three phenomenal tracks of arcane Black Metal that merge a distinctly modern sound with ancient Egyptian tradition and the crawling chaos of 90's black metal. This is a haunting summoning of ancient forces and antediluvian atmosphere with towering riffs, storms of furious darkness and evocative graven orations channeled through the ether of time. The elements within consecrate a grand declaration invoking the mysteries of the soul with the ageless obscurity of antiquity.
From the deepest pits of Akhert, Shuyet roams across the sands of the inner plane guiding profound introspection in the search of self-knowledge. Currently based in Germany, Shuyet was first conceived in Egypt and seeks to explore the ancient spiritual path of this timeless land and it’s sacred traditions concerning death, the afterlife and the nine aspects of the soul - with Shuyet being ‘the shadow-self’; one of the nine parts in which the soul is divided. This EP serves as the gateway to the tunnels of this inward process and the enigma of death and life beyond death.
Rising forth from the coffin texts Shuyet’s work of deeply esoteric sound and sacred rites is both captivating and conceptually engaging as it delves deep into the abyss of human existence and the netherworld through one of civilization's most ancient, advanced and intriguing occult traditions which has fascinated and awed with its potent magic for aeons.

More in this category: « NEWMAN APOGEAN »