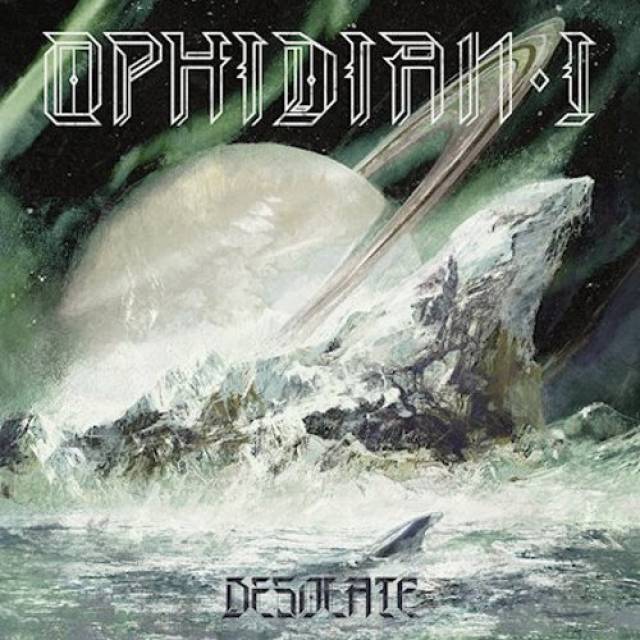 With a clear goal of reaching the apex of technical metal in terms of proficiency, arrangements and sound, OPHIDIAN I has produced the destructive full-length album ‘Desolate’.
Emerging from Iceland; the barren island in the north, home to apocalyptic weather, eruptions, and storms. The breeding intensity, blazing speed, and ferocity of OPHIDIAN I reflects the chaos it hails from as well as the inherent beauty and complex harmony. Consisting of familiar faces within the Icelandic scene as members of bands such as Helfro, Beneath, Une Misere and Atrum; OPHIDIAN I set forth with the intent of testing the boundaries of the extreme, while retaining focus on composition and arrangements.
After getting together and realizing the goal was within reach, the band spent days upon days in the rehearsal space expanding and calibrating their physical and mental abilities in order to actualize the envisioned form of OPHIDIAN I. Bound and determined to create an absolute no-compromise piece of work, OPHIDIAN I headed to the studio after having honed in on the direction and arrangements of the 10 songs that were to become ‘Desolate’. Remaining extremely meticulous throughout the process, the methodically performed tracks were handed over to Christian Donaldson (THE GRID) for mixing and mastering. To finalize the vision, Eliran Kantor took to creating artwork fitting the forementioned direction and soundscape. With the completion of ‘Desolate’ the raison d’etre of OPHIDIAN I had been established and partially fulfilled. Bringing the ferocity to the masses is now a central objective.
Incessantly at work, OPHIDIAN I is a monumental brute-force to be reckoned with. Amidst the dominant roster at Season of Mist, OPHIDIAN I will be unyielding in their claim to be amongst the titans of the industry. With various influences ranging from all styles, the unique melt of technical death metal – with immersive melody and hooks at every corner – ‘Desolate’ will appeal to all those who seek peak militant musicianship on all fronts.

More in this category: « POLARS COLLIDE MY HAVEN »