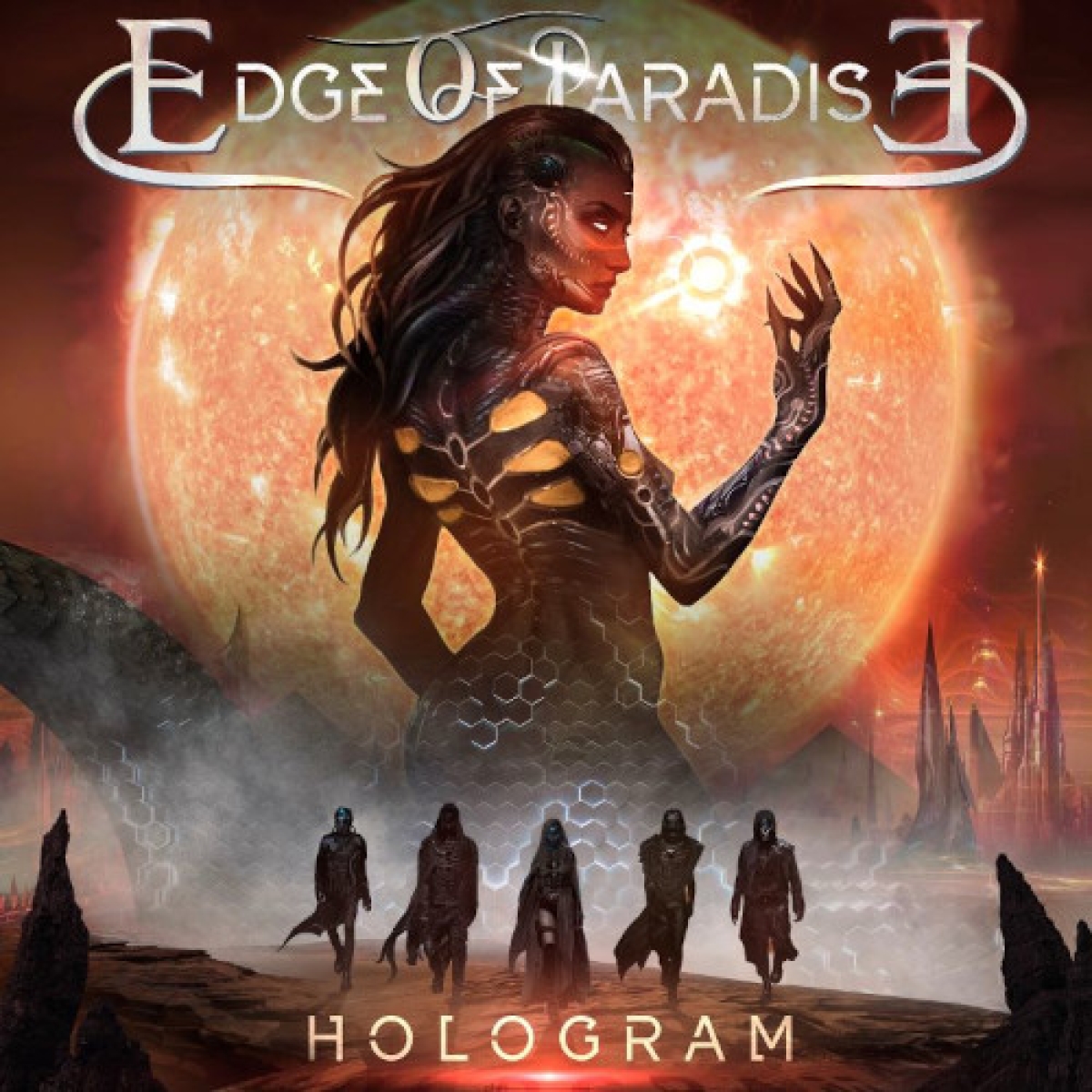 New album "The Unknown" out on September 17th!

“The Unknown” is Edge Of Paradise's fourth studio album, coming on the heels of their well-received third album, and Frontiers Music Srl debut, “Universe”. The band teamed up with renowned producer Howard Benson (Halestorm, My Chemical Romance, Seether, etc.) who, together with Mike Plotnikoff (Halestorm, Three Days Grace), and Neil Sanderson (Three Days Grace) helped the band craft their biggest sounding album yet. Add in mixing and mastering by Jacob Hansen (Amaranthe, Volbeat, Pretty Maids) and you have a fool proof recipe for a sonically stunning album. “The Unknown” builds upon where “Universe” left off, developing Edge Of Paradise's overall symphonic and metallic sound while bringing it to the next level. Gigantic hooks paired with monolithic guitar riffs in a spacious sea of symphonic sounds will immediately grab listeners and whisk them away on the band's sonic, and lyrical, journey.
"After hearing the first few tracks Mike Plotnikoff had produced for the album, Neil [Sanderson] and I were drawn to them because of their hooky, progressive metal chops and Margarita's soaring intense vocals! We decided to see if they were interested in a partnership with our new company, J&J Records, so we partnered with the band and Frontiers. We completed the record along with Mike and produced a modern metal classic," says producer Howard Benson.
Edge of Paradise's founding members, singer Margarita Monet and guitarist Dave Bates, have found their perfect partners in crime with the addition of drummer Jamie Moreno and bassist Ricky Bonazza. The band, tighter than ever, is ready to blow everyone away once they are back on the road with this stunning new music in tow. Current plans are for the band to tour extensively through 2022 in support of "The Unknown" as well, with touring announcements coming up soon.
After the band’s debut album “Mask”, released independently in 2012, the band released their sophomore album “Immortal Waltz” in 2015, produced by the legendary Michael Wagener (Dokken, Accept, Skid Row). In March 2017, Edge Of Paradise released a five song EP, “Alive”, which was produced by Chuck Johnson (Korn, Slipknot) and mixed by Jay Ruston, Mike Plotnikoff, and Michael Wagener. The band then signed with Frontiers Music Srl for the release of their third album, "Universe" (November 2019) which saw them achieve well over one million streams on Spotify for the album's lead single, the title track. The band also enjoyed a successful European tour with Sonata Arctica at the end of 2019. While home preparing for multiple tours to support the album in 2020, the global pandemic hit and the band's touring plans were sidelined. When it became evident that touring likely wouldn't be in the cards, the band set themselves to writing music for what would ultimately become their fourth album, "The Unknown”.