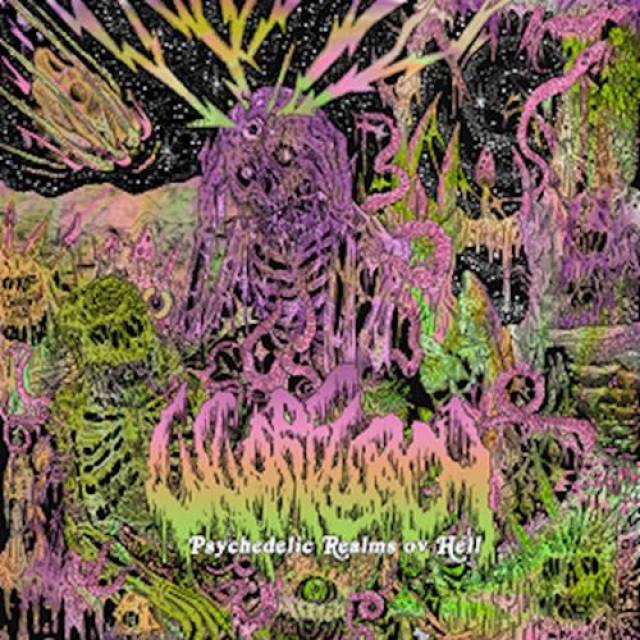 Formed in the swampy summer of 2019, WHARFLURCH is the bastard brain excrement of two Floridian heathens (who also do time in D-beat death-mongers Hot Graves) who desired to made the world a more drippy, disgusting place for human scum to writhe in. Thus, a death metal sound influenced by the horrific doom found in uncharted areas of space and the malaise of swamp madness was envisioned, and mind-crushing riffs and concepts were conjured.
Recording began in mid-2019, with MC handling all instrumental duties, while JM (normally behind a drum kit in all previous bands) took on the vocal attack. Primitive demos were tracked, and the four-song Demo 2019 was unleashed digitally. Even with nearly zero promotion, the response was eerily enthusiastic among comrades of the band. Still wishing to refine and strengthen the sound without losing the bizarre atmospherics, writing began for a new demo recording process that would bring the horror even more into focus. In early 2020, the recording began for Lurking Doom, the first official EP from WHARFLURCH, which found the depths of cosmic death worship even deeper and more obscure than before.
WHARFLURCH then assembled a live lineup, just in time for Covid-19 to relieve us the burden ov enjoying live music. Writing and rehearsing went frantically, and by the end ov summer, the second EP Shitslime was recorded and released digitally, and then released on CD by PERSONAL RECORDS in March 2021. Like light-speed slime malformed into song, or more malodorous basements found below those of subterranean death metal, Shitslime lived up to its lively namesake, and then some: WHARFLURCH's command of ripe, rotten riff and tension-inducing texture are enviously advanced for a band so new. Which is to say nothing of the utterly sweltering production across Shitslime, totally live and loose(st)...and this was merely the beginning of a tale too gruesome and gargantuan to contemplate.
At long last, that tale reaches a fever pitch with WHARFLURCH's debut album, Psychedelic Realms Ov Hell. Almost too perfectly titled, Psychedelic Realms Ov Hell is a hallucinogenic maelstrom of a full-length, the band equally armed with riffs and psilocybin. A tale that can only come from the spiral swamps of Florida, the album comprises six songs that reveal a story of how this psychic spore arrived on this planet, determined to take over, and how that has played out over centuries to the present moment. Awash in trippy synth textures, WHARFLURCH's tendrilous attack still remains a death metal odyssey to its core, riff after pummeling, slimy riff. This time, the sound is much more powerful and in your face than before, and the artwork takes the elements that the band is known for even further.
One could say that WHARFLURCH have truly "arrived," but their increasingly unique style of death metal simultaneously sounds aeons old and light years ahead. With more variation and experimentation all over the place without losing their disgusting spatial core, Psychedelic Realms ov Hell is pustulent proof of that data. 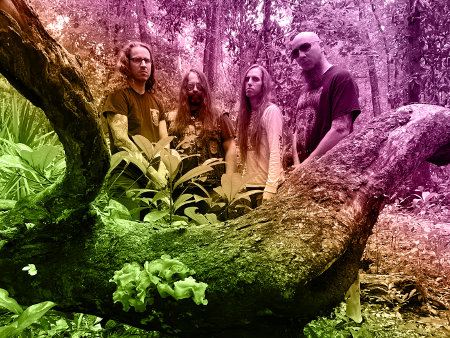 More in this category: « HITTEN RUNESPELL »