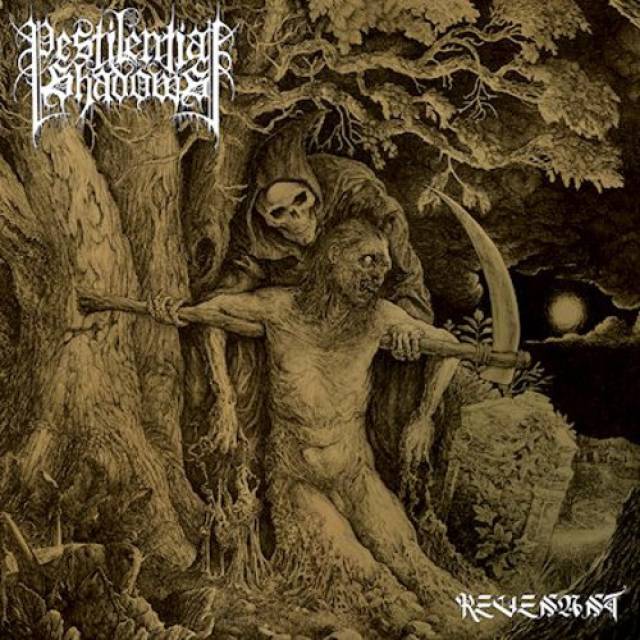 One of Australia's longest-running and most respected black metal bands, PESTILENTIAL SHADOWS have been building a towering canon of work since 2003. Whereas many of their native land's extreme metal exports either tend toward the chaotic or too clean, the shadowy collective led by founding vocalist/guitarist Balam consistently create compelling swathes of drama and darkness, all-enveloping emotion and regal-yet-gritty grandeur. Truly, PESTILENTIAL SHADOWS are black metal classicism par excellence.
Lo, it's been seven long year's since the band's last full-length, the widely celebrated Ephemeral, but now PESTILENTIAL SHADOWS arrive in a cursed world with Revenant. Here, they delve into the core themes that have always been at the heart of the band’s work: namely, the grand reaper DEATH and the many possible pathways that death leads the mortal flesh upon, to its rest and unrest. Inspired by the riddle "What is dead that doesn't die?," Revenant likewise offers many sonic/spiritual pathways of death, decay, pestilence, and putrefaction
As suggested by its namesake, Revenant is the unclean spirit who returns after death, re-animated with the foul breath of death; DEATH leads its conquest into the ground and then raises the hapless soul from the grave, to endure an afterlife of unrest and ghostly torment. Suitably, each individual song here sees PESTILENTIAL SHADOWS explore the planes of our existence and the numerous incarnations of death. The album's seamless and flowing rise-and-fall vividly illustrate its themes, presenting black metal in a plausibly professional manner without sacrificing any of the church-burning fire that so ignited the early '90s. Revenant, then, is refreshing in its equally modern/timeless contours: darkness unbound!
Completing the totality of Revenant is its haunting cover artwork, especially commissioned and predominantly created by Greallach with additional artworks by Balam, which intertwines with the album’s lyrics to illustrate imposing landscapes and scenes of pestilential horror from each of the songs. It's a suitably epic comeback for PESTILENTIAL SHADOWS as they once again assume their throne - long may they reign! 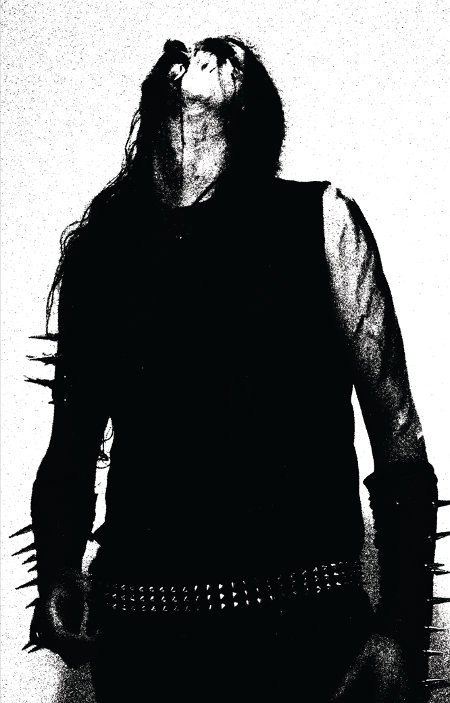