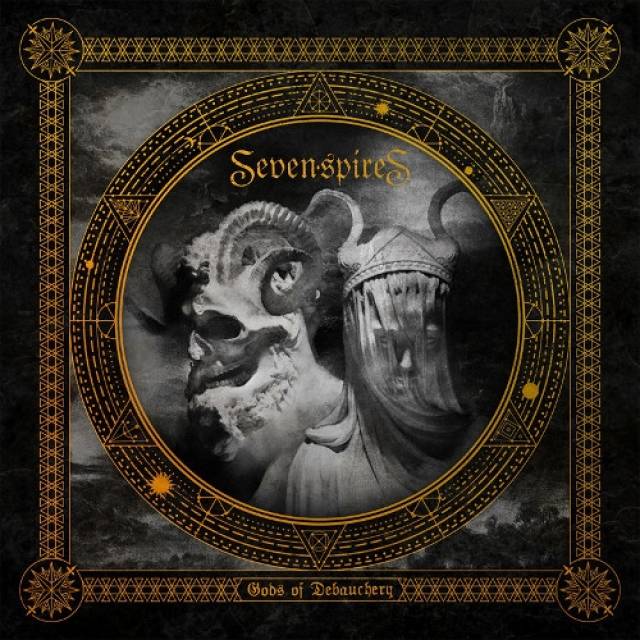 New album "Gods Of Debauchery" out on September 10th!

Coming off their critically praised sophomore album, "Emerald Seas", Seven Spires are set to return with their third, and by far, most ambitious album to date.
"Gods Of Debauchery" offers an incredible feast of music styles within the broad tent of heavy metal. From symphonic to progressive to black to death metal influences, coupled with emotional ballads, this record is an exquisite sonic and lyrical journey for the discerning metalhead. This band is the present and the future of the genre and continue Frontiers' tradition of identifying and signing the most promising young talents.
"There is a ton of influence from video games, films, and TV soundtracks such as Skyrim, Lord of the Rings, Star Wars, Lucifer, Pirates of the Caribbean, Marvel films, and many more, plus our love for classic Kamelot, Dimmu Borgir, Fleshgod Apocalypse, and Late Romantic Classical Music. The most important part of making art is staying true to yourself, and we unapologetically did exactly that, which meant exploring every corner of what we love about music, and constantly pushing the technical limits of our own musicianship," the band says about the making of "Gods Of Debauchery".
After the release of "Emerald Seas" in February of 2020, the band had multiple amazing support slots lined up to promote the record on the road. They were geared up and in fighting form, ready to bring their music to the masses and show the world what they are all about. Plans were quickly changed weeks after the album' release due to the coronavirus pandemic though and soon it became obvious that touring would be ground to a halt for a while. So, the band took the opportunity to commence work on their follow-up album, which wound up becoming the mammoth 70+ minute masterpiece that is "Gods Of Debauchery". This album, epic in scope and reach, shows progression well beyond their years.
Seven Spires, an American metal quartet, specializes in melancholic tales and tenebrous grandeur. Part bittersweet melodic metal anthems, part apocalyptic melodic death and black metal, and part Classical Romanticists, they are storytellers who draw from across the traditional spectrum of metal and beyond to weave tragedies of demons, death, love, and the peculiarities of human condition.
The band met while studying at the world renowned Berklee College of Music in Boston, so their musicianship is in keeping with the metal tradition of maintaining a tireless work ethic to be the best at your craft. Following a highly successful crowdfunding campaign and release of their debut album “Solveig" (2017), Seven Spires performed extensively in the US, Canada, and at festivals such as MetalDays, 70,000 Tons of Metal, and ProgPower USA.  That success combined with their stunning musicianship and songs, prompted Frontiers to sign the band to their rapidly expanding metal roster. The band’s sophomore album, “Emerald Seas" (2020) was a highly emotional, dark, and theatrical release. The band, as with their debut, collaborated with Sascha Paeth (Avantasia, Kamelot, Epica, etc), who mixed and mastered the album. Incidentally, Adrienne Cowan was handpicked by Paeth to front his new band, Sascha Paeth’s Masters of Ceremony and she was also chosen as one of the touring vocalists for the hugely popular Avantasia project. 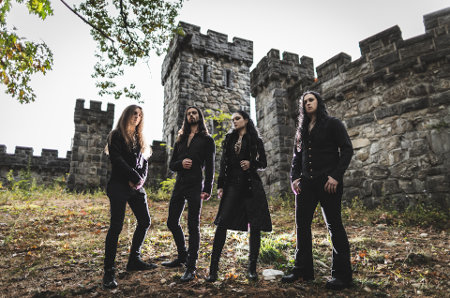 More in this category: « PURIFICATION KROSSFYRE »