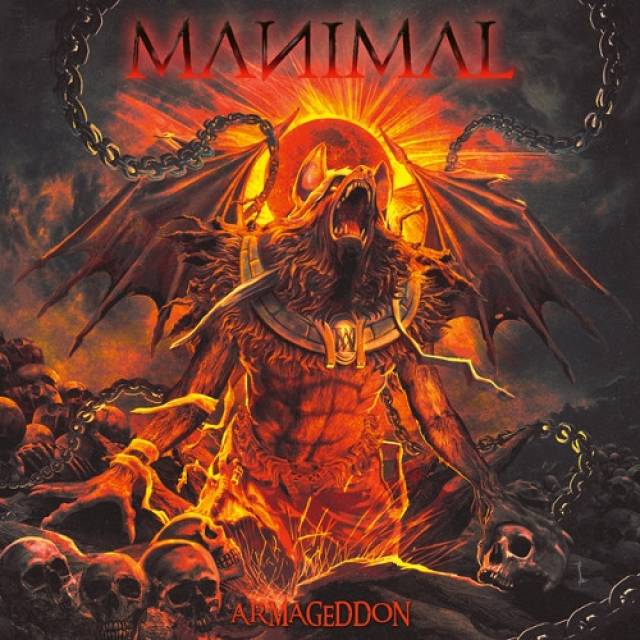 Three years since their latest and highly acclaimed album, Purgatorio, Gothenburg metal force MANIMAL has announced to return with a brand new studio record this Fall!
Despite the band‘s loyalty to traditional heavy metal influences, "Purgatorio" was a prime example of modern and trend-setting power metal characterised by musical enthusiasm, exceptional talent and new ideas. As expected of a band that claims Judas Priest, King Diamond and Queensrÿche as major influences on their sound since Day 1, MANIMAL’s new record is a high energy, in-your-face salute to the music that inspired them over the past 20 years.
But calling MANIMAL "just" a power metal band, however, is way off the mark according to vocalist Samuel Nyman. "We are more than power metal. It was our label that put Manimal into the power metal category with our first album, and we understand that completely because they had to put us in a genre to guide people. Power metal for me are bands like Helloween, Gamma Ray and Stratovarius; they have more up-tempo songs, more vocal harmonies. Sure, Manimal does have power metal elements but we're not pure power metal. There is more to us than that and I think the new album is perfect example of that."
Each single marked for the release of "Armageddon" proves that.
The songwriting for Armageddon was once again headed up by guitarist Henrik Stenroos, considered by his bandmates to be the musical mastermind behind MANIMAL. And therein lies the secret to the band's more-than-power-metal sound. Stenroos listens to all different types of music and because of that colourful musical palette, according to Nyman, "he boils it down and gets his own ideas, trying to create something he likes himself." Stenroos has a solid riff-oriented approach to MANIMAL's music, and the material he presented to the rest of the band for Armageddon were actual songs rather than just mere ideas. As with their three previous records, the quartet worked together fleshing the songs into their final form. "The vocals harmonies Henrik gives me are played with the guitar," says Nyman, offering up one example of their creative process for Armageddon, which was mixed by MANIMAL bassist Kenny Boufadene at his Studio Meltdown in Sweden. "We have been making music together for so many years now that I can almost hear by the way he's playing how he wants me to deliver the vocals. It's not very often that we disagree in the songwriting process."
”I’m really proud we’ve managed to create yet another great album together." Henrik Stenroos adds. "And it’s been a team effort. All four of us have put so much soul and effort into everything from song writing to recording, with the result of a really heavy and all through awesome sounding album without any fillers what so ever. The fans of our previous works will not be disappointed."
MANIMAL's evolution between "Armageddon" and their first album, The Darkest Room - released in 2009 - is unquestionable. Their songwriting has become tighter, stronger and bolder, and they have improved by leaps and bounds as musicians. Armageddon will showcase their wide range of a heavy as hell sound, and one that will most likely win over the true hearts of both the oldschool and every modern metal fan! 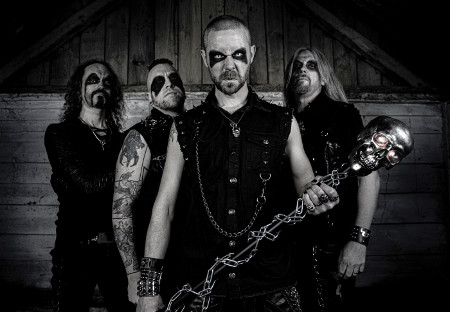 More in this category: « ATLAS ABORTED »