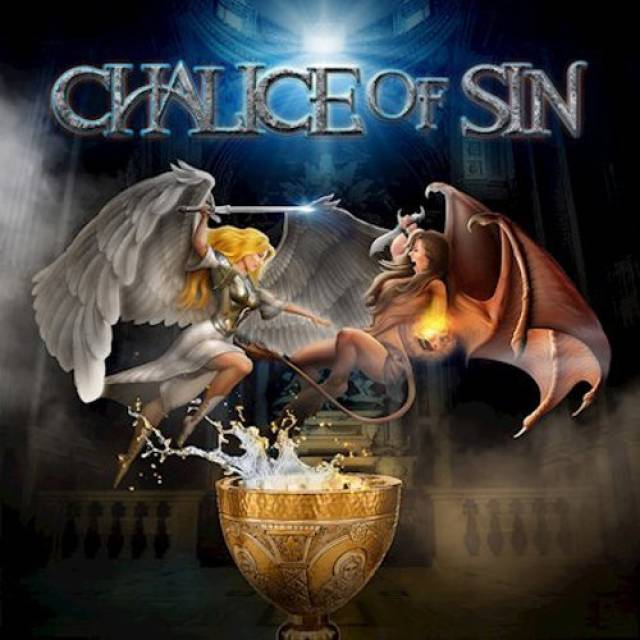 CHALICE OF SIN is a sensational new heavy metal machine masterminded by vocalist Wade Black (Crimson Glory, Seven Witches, Leatherwolf), who started working on new music for the project in 2019. After sharing some music with the Frontiers label, who hooked him up with the label’s in-house powerhouse producer Alessandro Del Vecchio, work really began in earnest on Chalice Of Sin. The resulting album is a tremendous example of classic heavy metal sounds akin to Savatage, Crimson Glory, and Metal Church. An absolute must for all lovers of classic heavy metal music from the '80s/early '90s!
For more than two decades, Wade Black has cemented a name for himself in the heavy metal genre by fronting bands like Crimson Glory, Seven Witches, Leatherwolf, Leash Law, and War of Thrones. His voice is featured on more than a dozen albums and he has toured the world, performing at multiple metal festivals.
Wade first came to the attention of the metal community with his band Lucian Blaque, which formed in 1990 and had an initial run through 1995. When Lucian Blaque was put on pause, Wade put his knowledge of vocal techniques to work as an instructor at a music conservatory in Tampa, FL. His ability to soar through a three octave-plus range made him an in-demand instructor for aspiring vocalists of all genres of music.
In 1999, Wade took over as vocalist for the reactivated Florida metallers Crimson Glory, releasing the “Astronomica” album with them. Following a tour in support of the album, the band went on hiatus; however, not being one to rest on past glories, Wade forged ahead. His skills as a vocalist and frontman kept him in demand and he recorded and performed with established underground metal acts such as Seven Witches and Leatherwolf, as well as other collaborations within the metal community.
Now in the 21st century, Wade is prepared to bring the metal to the masses once again with his new project Chalice Of Sin!
This release is a project created, overseen and directed by Serafino Perugino President and A&R director of Frontiers Records.