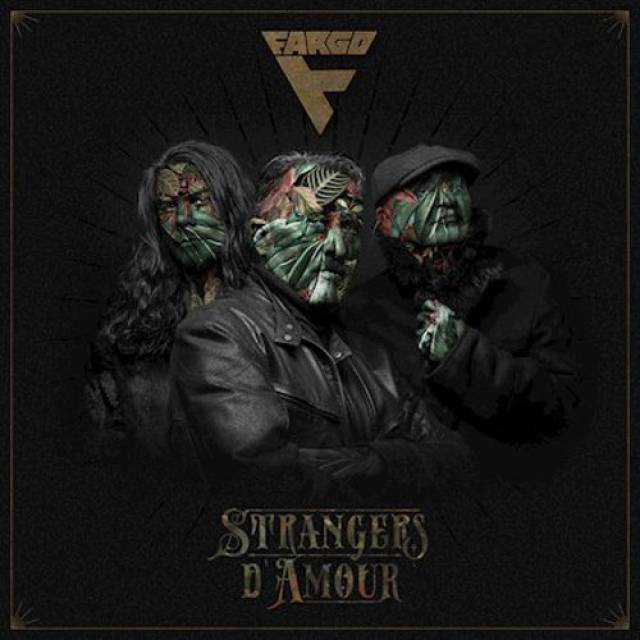 We all know that experience is one of the most valuable resources of an artist. That irreplaceable talent of distinguishing the significant from the insignificant and always operating with perfect timing rather than being guided by nervous impatience easily balances out youthful enthusiasm and a penchant for experimentation. Hanover rock act Fargo, comprising founder and bassist /Fargopedda` Knorn, vocalist/guitarist Peter Ladwig, who joined the fold a little later, and drummer Nikolas Fritz (Mob Rules), has that experience and has once again deployed it: Three years after their comeback album CONSTELLATION (2018), 25 June 2021 will see the arrival of the group’s new (sixth) album STRANGERS D/AMOUR, proving that the band’s name has long become a trademark in its own right.
A trademark with a few innovations, that is: True to the motto “reduce to the max”, STRANGERS D/AMOUR presents Fargo as a trio. The essence of Fargo, consisting of Knorn, Ladwig and Fritz, had already featured on CONSTELLATION and has now recorded eleven new songs in spring 2021, composed by Peter Ladwig and – with two exceptions – written by Peter Knorn. “Compared to CONSTELLATION, STRANGERS D/AMOUR sounds even more mature and rounded, with our typically driving beats and lots of melodious chorus parts, but also with a few little surprises thrown in,” Knorn explains. “‘Gimme That Bone’ and ‘Why Don/t You’ have Ladwig play a  Hammond organ and Fender Rhodes, as well as his guitar. And few previous Fargo recordings match the speed of ‘Rain Of Champagne’!”
Other than that, STRANGERS D/AMOUR consists of Fargo’s familiar laid-back rock music, that characteristic classic rock that Fargo have been known and loved for since 1973. The six-minute ‘Time’, for example, looks back at the late 1970s and brings to mind other Hanover acts such as Eloy and Jane, albeit stylistically more straightforward. Knorn: “At the same time, our songs have a common thread that links not only the new numbers but all our records: Ladwig‘s characteristic vocal style and his distinct sense of melody are simply unmistakable.” Not to forget Knorn‘s intelligent and frequently mocking lyrics, this time about illegal liquor distillers (‘Mary Says’), the fight between two poodles over a bone or sex in a car (‘Car Expert’), but also critical statements about environmental breakdown (‘Closer To The Sun’) and even references to Goethe’s play, ‘Faust’.
STRANGERS D/AMOUR is complemented by its cover artwork featuring the three band members’ faces in a jungle guise, as if they’d just sprung from a primeval forest. Says Knorn: “The front cover stands for the wild and primal in all of us. Or the animalistic element, perhaps the ability to see into the future. To recognise these elements and to live in harmony with them, that’s what we wanted to convey with the album title.”
The members of Fargo have always been in harmony with each other. As a predecessor of the globally successful hardrock band Victory, which Knorn founded in 1984 and disbanded in 2011 following their outstanding success in Europe and the US, Fargo is one of the most distinguished German rock acts of the early 1980s. Their debut album WISHING WELL was released in 1979, followed by three studio recordings on EMI by 1982. Fargo have repeatedly toured all over Europe, played with some of the greatest rock bands worldwide, touring with the likes of AC/DC, Mothers Finest and The Small Faces, among others, and also featured on German TV channel ZDF’s “Rock Pop”. Even Europe’s biggest teen magazine BRAVO devoted two full pages to Knorn and his spectacular stage performance in January 1981 (part of his nightly show at that time was a legendary headfirst somersault).  After a hiatus of 34 years, Fargo returned in autumn 2017 and went on to release their comeback album CONSTELLATION one year later. STRANGERS D/AMOUR is the latest of six releases by a band that is once again a force to be reckoned with, in the studio as well as live on stage. 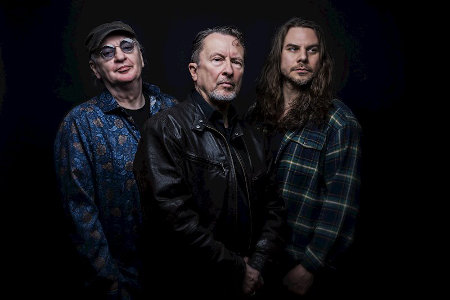