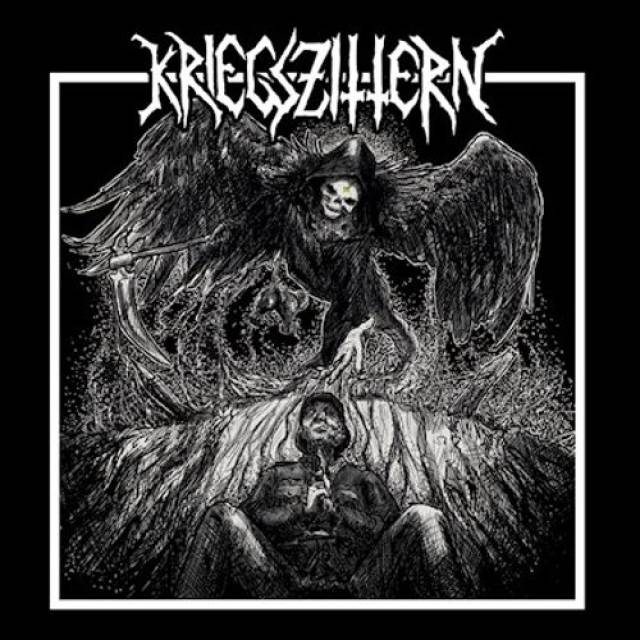 Career-spanning collection out on June 18th!

This will be the first time the band's debut album, Yellow Cross, the successive EP Stratofortess will be available on CD.
Death metal for death metal maniacs, by death metal maniacs, KRIEGSZITTERN have been largely unsung torchbearers of pure 'n' proud traditionalism. The band started in 2015 as a two-man project by drummer Faxe and vocalist/guitarist Eddi. The goal was to create unadorned and primitive death metal, and they soon accomplished that with the release of their first demo, released in 2015 by Caligari Records.
After the second demo, Frostbite, bassist Fappo and second guitarist Stef joined KRIEGSZITTERN. During this period, the Minenfeld split LP hit the scene and laid the foundation of cooperation with Fucking Kill Records. Through the label, KRIEGSZITTERN released their debut album, Yellow Cross, in late 2018. Simple and straightforward but strident and powerful, this first LP showed the band in a most turn-of-the-'90s vintage, recalling the likes of early Bolt Thrower, Blood, and Benediction, who they covered on Yellow Cross.
A.G.A. completed the KRIEGSZITTERN lineup on lead guitar in the middle of 2019, right when Stratofortress was released on 7" vinyl. Thereafter, Eddi focused solely on vocals. In 2020, shit hit the fan really hard. Fortunately, KRIEGSZITTERN still had the opportunity to create new material.
Bloodied but unbowed, 2021 is still going on and both Yellow Cross and Stratofortress are ready to be rereleased as a self-titled compilation CD on CHAOS RECORDS, including live recordings of three new bonus songs. Discover again, or for the first time, one of old-school death metal's best modern bands! 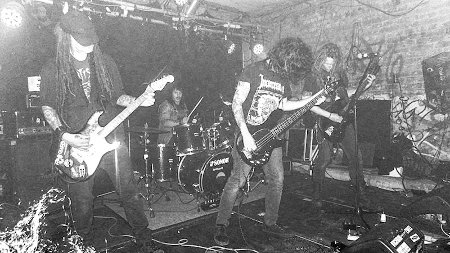