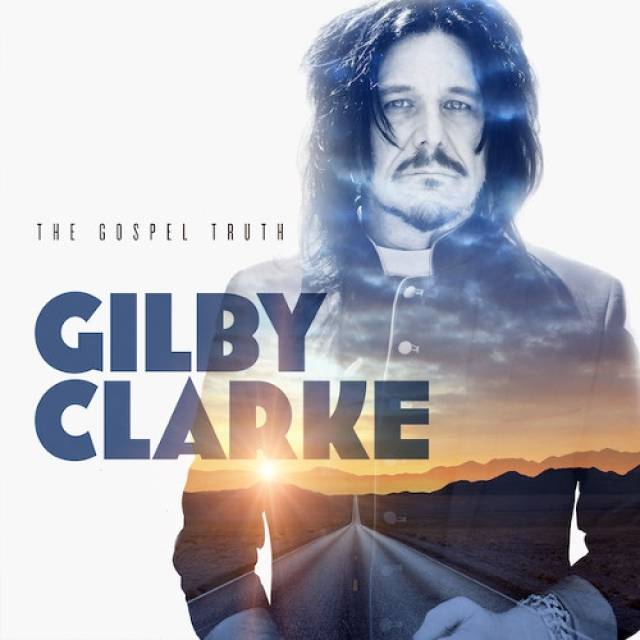 It’s Friday the 23rd of April and GILBY CLARKE has finally released his first new solo album in nearly two decades via Golden Robot Records! Gilby’s new album The Gospel Truth is full of fist-pumping rock ‘n’ roll songs with fat choruses, bluesy licks and his trademark solos! It’s classic rock, a new version of what Gilby likes to do and that’s… LOUD GUITARS!
The album features legendary Motley Crue bassist Nikki Sixx, as well as drumming from John Mellencamp, Chickenfoot sticksman Kenny Aronoff and Stephen Perkins from Jane’s Addiction, Porno For Pyro & Infectious Grooves.
The album has already spawned 3 killer singles in ‘Rock n’ Roll Is Getting Louder’ (a pure rock n’ roll track doused with the influences that run through Gilby’s veins), ‘Tightwad’ (featuring Motley Crue’s Nikki Sixx) and the title track, a song about the concept of truth today.
Gilby Clarke is iconic for his roles in both Guns N’ Roses and The MC5. Who else can claim membership in two of the most life-altering and influential rock ’n’ roll outfits to ever exist on the planet?
But none of that overshadows the fact this guitarist, singer and songwriter was a 17-year-old punk from Cleveland, whose Hollywood dues were paid in full. Before joining the Guns N’ Roses circus, Gilby was Kim Fowley’s go-to session guitarist and ghost writer. After playing with Hollywood bands Candy and Kill For Thrills, a late-night call from Slash changed everything. Gilby joined Guns in ’91.
He appeared on the band’s Spaghetti Incident, Live Era ’88-’91 and The Greatest Hits albums. Gilby spent years on the Use Your Illusion tour in the 90s.
After Guns imploded, armed only with his Les Paul, Gilby went back and launched his solo career, receiving critical winks for his albums Pawnshop Guitars, The Hangover, Rubber, 99 Live and Swag. Recording and/or touring over the lean years with Nancy Sinatra, Heart, The MC5 & his old bandmate Slash’s Snakepit, Gilby even snuck in videos with GNR, Michael Jackson and Fall Out Boy when MTV was de rigeur.
Clarke currently splits his services with Kings of Chaos led by Matt Sorum and an all-star alumni that has featured Steven Tyler, Joe Elliot and Gene Simmons with his solo band.
Clarke, who’s an old school mash-up of Keef, Johnny Thunders, and B.B. King, continues to write fist-jacking rock ’n’ roll songs with fat choruses, and appear on stages around the globe. He produces worthy bands too and is one of the sweetest gents you’ll ever meet. He’s a guitar hero, certainly, but also a gentleman whose heart happens to rush at rock ’n’ roll speed. 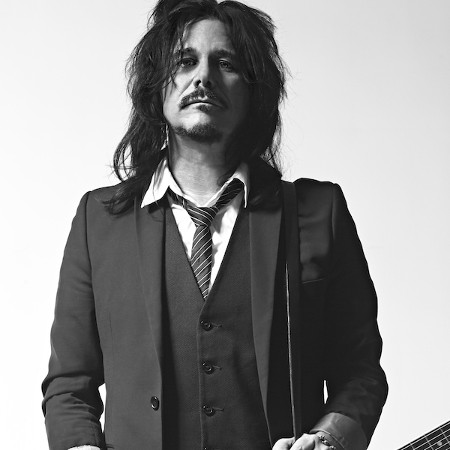 More in this category: « CRYPTOSIS NONE »