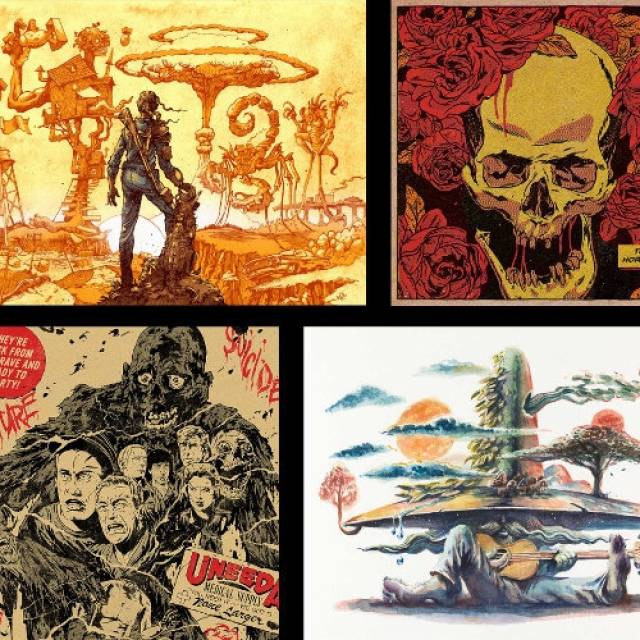 Swedish stoner prog veterans MAMMOTH VOLUME are confirmed to take part in Blues Funeral Recordings' anticipated PostWax Vol. II vinyl series by releasing their first album in almost twenty years. Blues Funeral Recordings also present the art team to provide the illustrations and artwork on PostWax Vol. II: heavy music scene stalwart Maarten Donders and award-winning artist Johnny Dombrowski.
In the years between 1998 and 2002, MAMMOTH VOLUME released three albums that each made an increasingly massive impact among the growing worldwide heavy-rock community. With a style that blended an affection for American desert rock but was just as deeply characterized by a passion for 70s prog, jazzy breaks and wistful passages, their quirky take on heavy rock offered an angular yet infectious alternative to the boogie van riffage advanced by so many of the genre's purveyors.
Re-activated in 2019, MAMMOTH VOLUME will soon return with a new album that's vibrating with long-bottled-up energy. Drummer and founder Nicklas Andersson says: "Mammoth Volume is back, stronger than ever. It will be incredibly exciting to share our new music with the people for the first time in quite a few years. One thing is certain: this is exactly the record we wanted to make as we return to underground heavy scene, and we're anxious for everyone to hear it!"
The work of heavy music art veteran Maarten Donders is known for its surreal, experimental, almost dreamlike qualities, and he has provided handmade illustrations, logos, designs and creative direction for countless musicians, bands, record labels, artists, magazines and venues in the music world. His work includes album covers and posters for the likes of Roadburn, Windhand, Monolord, Graveyard and Brant Bjork. Brooklyn-based award-winning illustrator Johnny Dombrowski has produced pieces for The New York Times, Penguin Random House, StudioCanal, GQ, Black Dragon Press and more. Recently, he has ventured into replicating, as closely as possible, the process and aging of pre-digital comic books. What started as an experiment soon turned into an obsession, taking influence over his client work and technique.
These two illustrators will alternate in creating album covers for each of the PostWax Vol. II releases, as well as contributing other elements throughout the process and collaborating on one cover piece, all under the art direction of Peder Bergstrand. 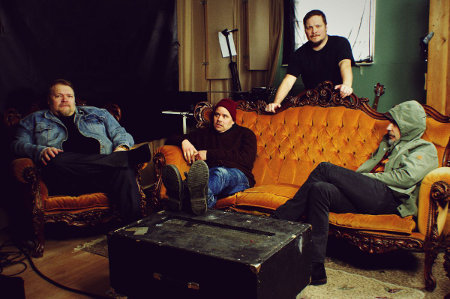