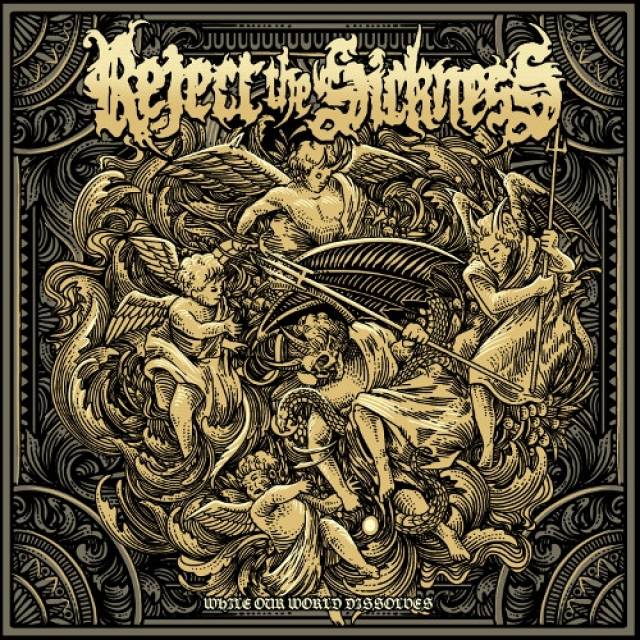 New album "While Our World Dissolves" out on May 28th!

Reject the Sickness is a five piece metalband from Belgium whose lyrical concept deals with outcast youth. Abuse, neglect, self harm and how to deal with the aforementioned are the main themes. The lyrics are fictional although Guy, the vocalist, can draw inspiration from his job as a social worker. It is a walk through the darkest reaches of the human psyche. Musically, progressive and ambient elements are threaded into a blend of thrash and death metal that is melodic without compromising on aggression.
Guy Vercruysse and Ruben Van der Beken joined forces in 2008 searching for band members. In 2010, with a full line-up, they recorded their first demo "Slack Muscles Heal" and in 2013 a first mini-cd "Bloodstained Eyes" was released digitally via Clean and Dirty and physically through Deathwake Recordings. These were re-released together in 2015 via Headshot Records. In 2013, current drummer Jannick Govaert joined the fold.
The first full length, "Chains of Solitude" was released in 2015 by Danish metal label Mighty Music. With this album the band played Graspop Metal Meeting and toured the UK, expanding its fanbase in Belgium and beyond.
Their sophomore album, 2018's "The Weight of Silence", also on Mighty Music, sounded fresh and raw and very melodic. This step to musical maturity earned them a spot on the Slovenian Metaldays festival. In the wake of this album the lead guitar and bass player parted ways with the band and were replaced with Zoran Van Bellegem and Jonas Messiaen.
With a new line-up comes new direction and in Reject the Sickness' case this means more melody in a fiercer, darker, aggresive style; showcased on 2019's "The New Chapter". Promoting this 3-track EP kept the band busy playing festivals and gigs, while working on their next full length.
"While Our World Dissolves" couldn't be more appropriately named. Pushed back due to COVID to a 2021 release, the album is the band's hardest, rawest, most melodic, basically their best work yet. 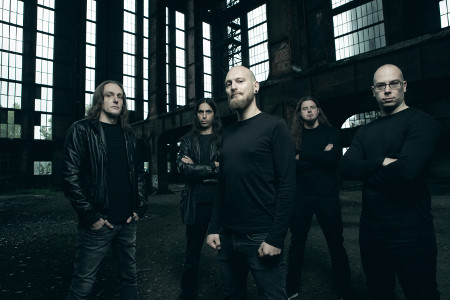