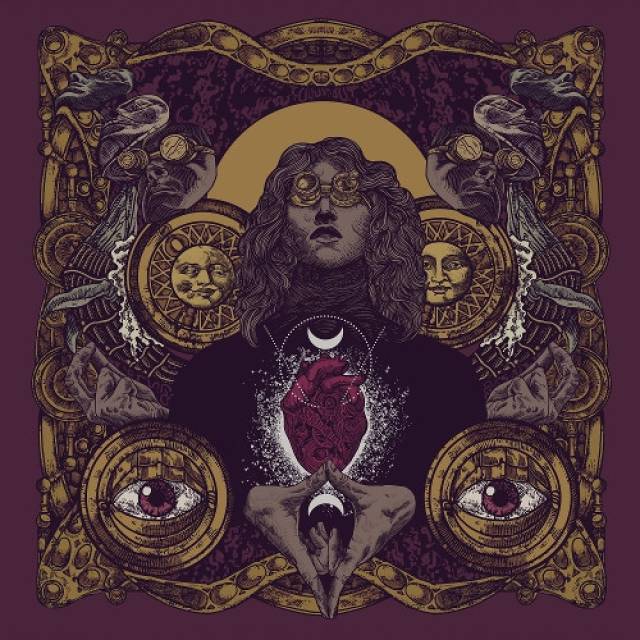 New album "The Promise Of A Life" out on April 23rd!

By releasing a series of singles this year, Reach has been defining the start of a new musical era and let their listeners into the alluring, ghostlike and gritty world they create around their new album. With each single, they have been challenging their listeners by showcasing next level of the experimental songwriting and powerful storytelling that is Reach. The new album ‘The Promise of a Life ’ is released April 23 via Icons Creating Evil Art.
A message from band commander Ludvig Turner: "This album celebrates 10 years of Reach. The band started 2011 and we released the first song in 2012. We´ve had different band members, worked with different people and there have been good & bad times, no doubt about it. “The Promise of a life” is the promise to ourselves to never give up. Therefore this album is not just a bunch of songs for us but a symbol of perseverance.
We´ve had such a good time recording this album with songs that are somewhat out of our comfort zone and songs that are just 100% pushing our abilities. A great challenge and a supringsing process that showed us that we are just as strong as a group as we were 10 years ago. If not stronger.
The rock n´roll three piece Reach has become the product of doing what we love with a great crew. Erik Grönwall has been like a band member since he started working with us as our manager. Anna, Bea & Carl-Marcus from Icons Creating Evil Art gave us the opportunity to make this album and they helped us build the foundation of the Reach-World. The Reach-World is what this album is and what we've tried to show you with our artwork and music videos from our recent releases.
This album is somewhat more progressiv and the lyrics are generally dark. The world we´ve created is a dark world with sorrow, anxiety but also heroes and love. New Frontier for example is a song about the end of the world, the classic final battle where we´ll let you hear our story of a fall and rise of a nation. One of the more melancholy songs, Cover my traces, you´ll hear the thoughts of an arsonist murderer, his love for the flame and the hatred of mankind. All of the songs have a story and spending a lot of time making these stories forced us to make an equally interesting soundtrack. This Album is our most complete work so far and a milestone for us. It sounds different from recent albums and the albums of the future will probably sound different from this but that's what the Reach sound is perhaps. A sound that changes shape along with the band and our experiences in life.
We love this album and the people who worked with it from artworks, production, videos, management to our label. Everyone involved wants the best for us and it shows. We hope you love this album. And if you do, there will be a lot more to come if you walk into this world of Reach. "
Alternative rock band Reach was founded in 2012 by Ludvig Turner (vocals) and Marcus Johansson (drums). The duo met when Marcus auditioned for Ludvig's band at the time, connecting on such a level that they both decided to leave their bands to start their own project together. Two years later Reach released their first album, ”Reach out to Rock” and after touring Europe in support of the album, the then four-piece slimmed down to a trio now consisting of Ludvig, Marcus and the new addition Soufian Ma´Aoui (bass). 2018 Reach saw the release of their second studio album "The Great Divine", an experimental but captivating album that was unanimously acclaimed by the critics. It also set out the path the band would continue to follow with their song-writing and desire to expand their sound.
Defined by strong melodies and imaginative song-writing, Reach are always developing their sound, keen to remain ahead of the curve with songs that are both exciting and unique.
Reach is also (and most importantly) defined by its members and with Ludvig and Marcus at its core, they have embraced the musical changes every time members have joined or departed. The trio is characterized by a mutual love of music and a sense of development and genuine joy, that is, and always will be, the very essence of Reach. The bond that connects the three musicians is captured in their explosive and unforgettable live shows: their innate musical ability bolstered by their sense of playfulness, improvisation and love for what they do.
The band’s new album, ‘The Promise of a Life’, is the end result of trio that approach their art with no holds barred, anything goes in the pursuit of the perfect song, and ‘The Promise of a Life’ is packed with just that; from the anthemic ‘The Law’, to the equally epic ‘Motherland’, onto the hook-laden ‘Higher Ground’ or the wonderfully eccentric ‘New Frontier'. This is an album that wears its heart on its sleeve. There’s echoes of the majestic Queen intertwined with modern pop sheen of Muse, expertly corralled into a unique, fresh package by a young band that have no fear. 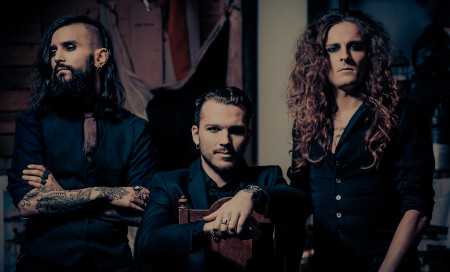