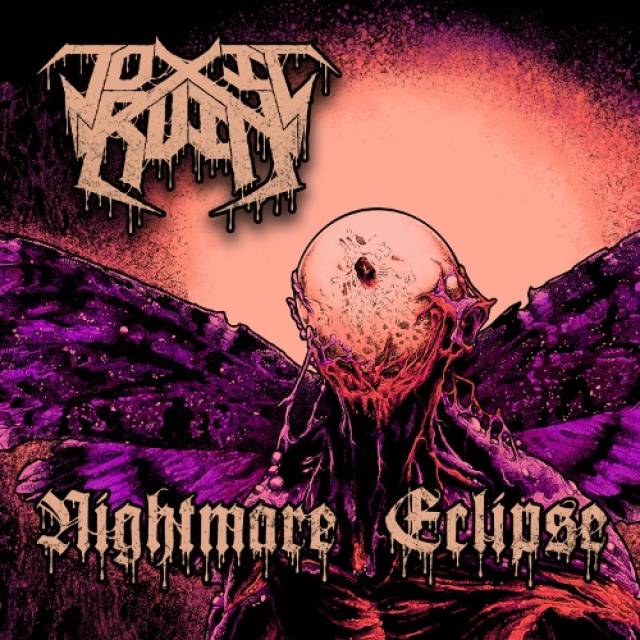 The current lineup of TOXIC RUIN began writing and recording songs for “Nightmare Eclipse” while relentlessly touring the United States in 2019 alongside bands such as Lick King, Micawber and Stonecutters and playing multiple festivals including Full Terror Assault and Slam Dakota, plus winning 2nd Place in the 2019 edition of Wacken Metal Battle USA. The result is the band's most mature and complex material to date, while also being their heaviest display of metallic force so far. Guest appearances from guitarists Glen Drover (Eidolon/ex-Megadeth), Derek DeBruin (Micawber) and Nick Weyers (Aronious) provide additional ear candy for aficionados of guitar wizardry. The first taste of the metallic mayhem to come was revealed through the music video for their recently released single, “Ritual Rebirth.” That clip can be viewed at https://youtu.be/Ny1iFI-tE30.
TOXIC RUIN was formed in 2014 with a mission of blending classic thrash metal, old-school death metal and modern technicality and tones into a wicked headbanging brew. Operating out of their collective hometown of Sheboygan, the band released their debut album, “Subterranean Terror,” in 2016. This opening serve showcased the group's already-burgeoning barrage of furious riffs and lyrical content ranging from the sociopolitical commentary of tracks such as “Seat of Corruption” to the beloved craving of a good drink on songs such as “Alcoholocaust.”
The group followed up that debut record with the release of their 2018 EP, “Mortal Insolence.” The effort saw the current lineup of TOXIC RUIN take shape with Behrendt stepping into the vocalist position and the debut of rhythm guitarist Blake Toltzmann alongside lead guitarist Jacob Baneck and drummer David Miller. The effort saw the group further evolve their sound, leading to praise from Dead Rhetoric for showcasing “a stronger level of confidence and insight into dynamic songwriting for a thrash band not content to rest on recycling the past, but rather creating a bright future."
“Nightmare Eclipse” – due to be released this summer – is the next evolution in blending the heavier sounds of metal's past with the modern musicianship of metal's present. 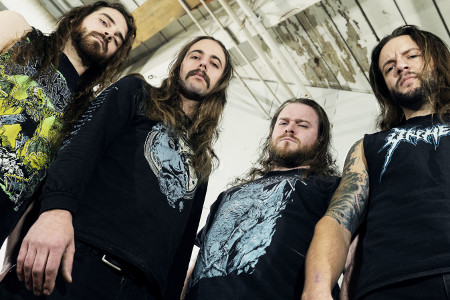