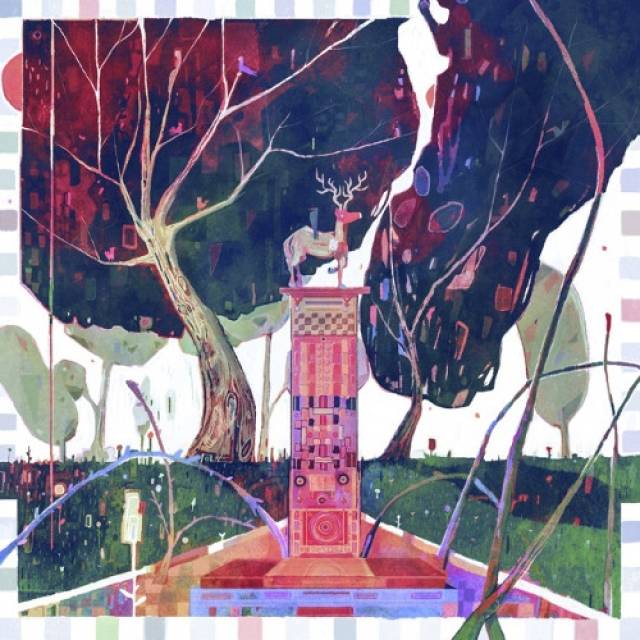 For many who lived through it, 2020 will forever be the year that time stopped. Especially for those who thrive in packed, sweaty environment – musicians, concertgoers, even humble record label operators – this led to some pretty fundamental changes in the way we spent our time. Like Nick DiSalvo did, best known as the frontman of Elder and one half of Gold & Silver: long in the making but finally taking off in this dreaded year where creativity was relegated exclusively to one’s own domain, DiSalvo has announced the release of his upcoming delving solo debut, entitled Hirschbrunnen, which will be out on June 11, 2021 through Stickman Records.
Hirschbrunnen is a collection of songs that display a wide range of influences from psychedelic rock, early electronic music, 70’s prog as well as jazz and even ambient sounds – yet all with a distinct songwriting style that DiSalvo has come to be known for. His upcoming delving album was recorded, mixed and mastered by Richard Behrens and Emanuele Baratto at Big Snuff Studio.
"I’m an almost obsessive songwriter, working on music every day and amassing a huge collection of song fragments and ideas that often don’t get the attention I’d like because of the time I spend with my main band." DiSalvo recently explained.“‘Thanks’ to this pandemic, I’ve had plenty of time to pick up some of the songs I’ve written over the past years and finally make an album that I’ve been telling myself forever I’d do.
From my earliest moments as a musician, I have been obsessed with home recordings, begging my parents for a Tascam 4-track cassette recorder for Christmas when I was 12 and making my own albums. delving is a continuation of this creative spirit: experimenting all on my own, forgetting bands, fans and expectations and making whatever music I want to.”
“Hirschbrunnen – “stag fountain” – is the colloquial name of a large fountain that presides over a large green area near where I live.“ DiSalvo continues."For me, it’s been strange to see my world, which normally consists of a fair amount of travel and external stimuli, reduced to one city, one district, one block for so long. Frustrating as that is, you might start to find inspiration and surprising beauty in your everyday surroundings that you otherwise would have ignored. Just as all the music I make is influenced by my experiences, Hirschbrunnen is a product of this unique and strange time in which we all have been forced to delve more deeply into our own thoughts.” 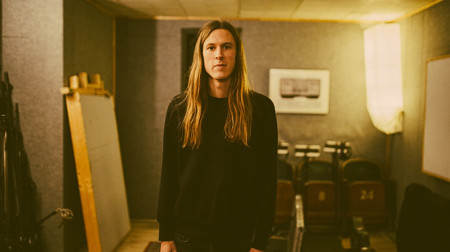