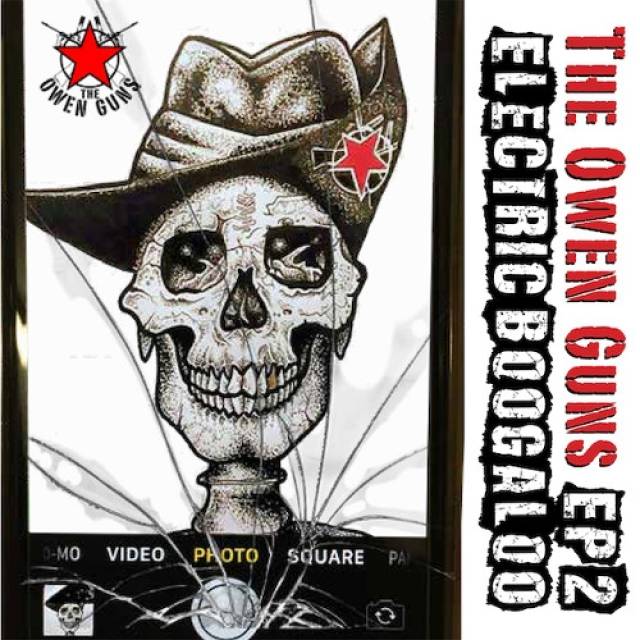 "EP 2 Electric Boogaloo" out on May 6th!

EP 2 Electric Boogaloo was Recorded and Mixed by Geoff Mullard at RTN studios and mastered by Jason Fuller at Goatsound, It's 7 tracks which range from furious to funny, blending old-school hardcore with sing along punk rock and adding a metal edge. Full of blazing solos and group choruses – there’s never a lull from the onslaught of punk rock yet the band even have time to show their "sensitive" side with a faithful cover of the Hard-ons Aussie punk classic Just Being With You.  The guitar thrashes and wails, the bass and drums pound and the vocalist rants and raves at everything that annoys him. It's an EP that shows the band in full flight.  No prisoners taken, no fu**s given. It's raw and raucous - just how punk should be.
The Owen Guns are a hardcore punk band based in NSW with members split b/w Sydney and the South coast. Although they're a new band, The Owen Guns are made up of veterans of the live music scene - the members have paid their dues playing not only in Australian bands but also in the case of the vocalist and drummer in Canada and China respectively.
Unlike most of the current crop of punk bands, there are no fake American accents or fear of offending people here. They don't take themselves (or anyone else) too seriously and aren’t afraid to call it how they see it.  The Owen Guns are set to release their 2nd EP of hardcore punk tunes that will bring the riffs and the laughs. Keep an ear out. 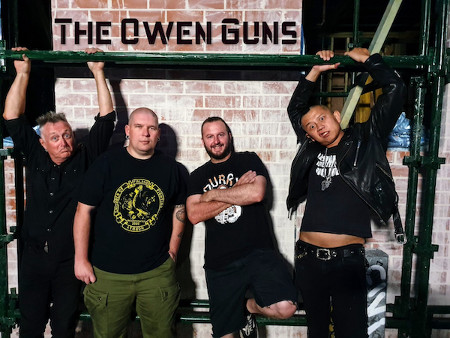