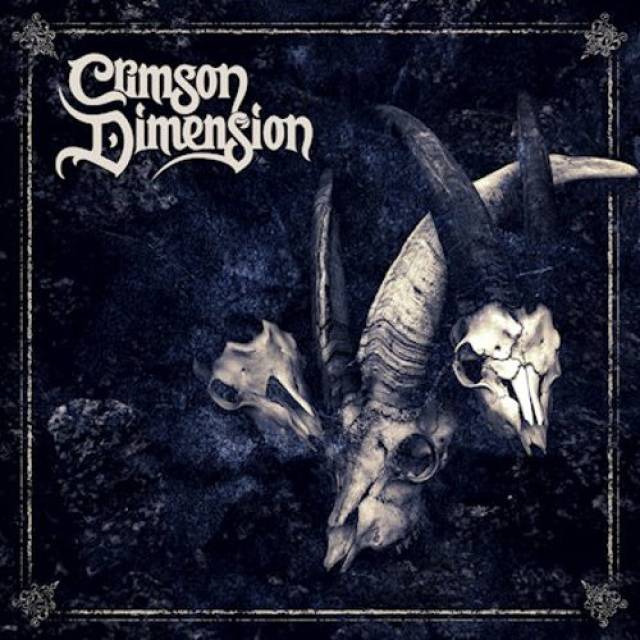 Although appearing as a new entity, the origins of Finland's CRIMSON DIMENSION date back to 2017 or perhaps even earlier. That year, the band revealed the staggeringly epic track "Black Mass," which vividly displayed 12 minutes of blackened progressive metal. That CRIMSON DIMENSION stress this difference - blackened progressive metal, instead of "progressive black metal" - is telling, as their spectrum of sounds & sensations encompasses a far wider range than the usually-obsidian hues of black metal, no matter how extended or extrapolated.
While years of seeming silence followed, CRIMSON DIMENSION were patiently crafting their long-form debut, now emerging as Crimson Dimension. If the dozen minutes of "Black Mass" dazzled in their generous buffet of adventurous metallics, then the three accompanying songs surrounding it on the album go even deeper and darker than that already-not-inconsiderable feat. With all four songs combining for nearly an hour's worth of music, CRIMSON DIMENSION go all in on painting a dark, dynamic, and detouring canvas beyond compare. To be sure, the root sounds are decidedly black metal in origin, but with the quintet's enviable chops put squarely in the service of The Song and no texture considered too taboo, Crimson Dimension mystifies and mesmerizes with ever-shifting ease. In fact, for each of its component tracks going well into the double digits, the album's deceptively compact; those Herculean minutes pass ever so quickly, so thrilling and storytelling is CRIMSON DIMENSION's songcraft.
With Finland having such a rich history of black metal, both purist and progressive, CRIMSON DIMENSION make a bold, bold-from-the-blue bid for the weird 'n' wild throne built by the likes of ...And Oceans, Enochian Crescent, and Trollheims Grott with their Crimson Dimension debut! 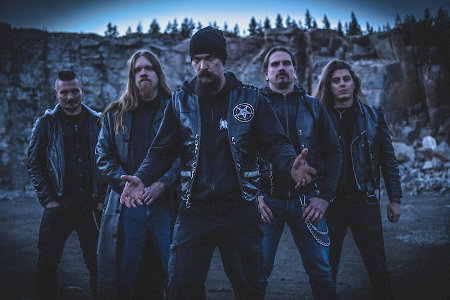