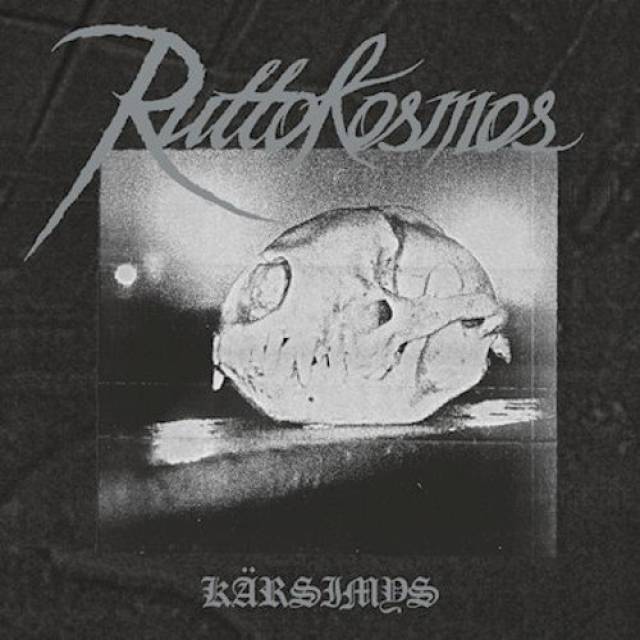 RUTTOKOSMOS are one of the great "what if?"s of Finnish black metal. The band formed sometime in 2003 and released the five-song Ja minä näin kuoleman demo in 2006 and then the six-song Kärsimys demo a year later. Afterward, nothing was heard from RUTTOKOSMOS ever again. Only one member concurrently played in Divina Inferis, and the other two members either disappeared and played pseudonymously in other bands.
This air of mystery and, ultimately, emptiness is fitting for RUTTOKOSMOS' music. While very much in the vein of the nascent "depressive suicidal black metal" scene that was started to take shape, the trio differentiated themselves with an exquisitely anguished sound that fused slow-motion blizzard riffs with an utterly grim melodicism. In fact, to characterize RUTTOKOSMOS' work simply as GRIM is about as accurate as it gets; there's no light, no hope, no NOTHING across these 11 songs comprising their ouvre.
At long last, that ouvre has been collected for posterity on CD format as Kärsimys, with a full runtime of 69 minutes. WEREWOLF has on good faith that RUTTOKOSMOS could someday deliver a debut album, but only nothingness knows for sure right now...