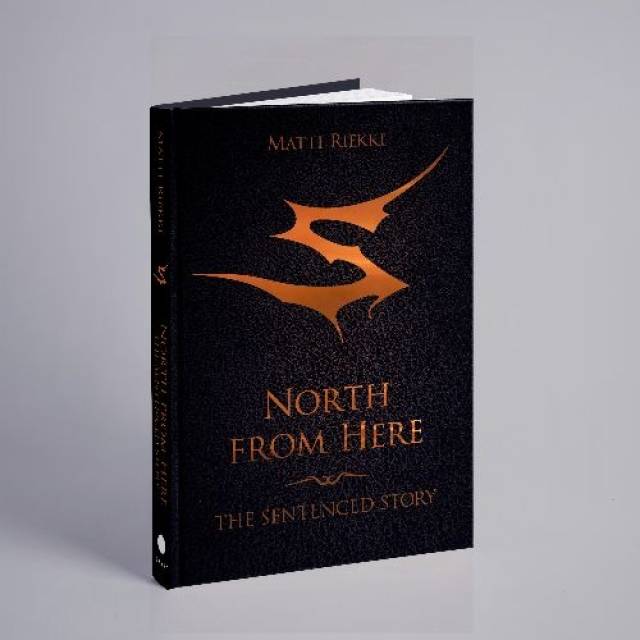 "North From Here - The Sentenced Story"!

“One basic rule goes for both conversation and merrymaking: both are only ever done when strictly necessary. It takes a lot less to gripe and grumble, of course.”
Founded in 1989, metal band Sentenced was a pioneer of Finnish heavy music. The band’s melancholy tunes had a universal appeal that spoke to audiences far further afield than just in their native North, with more than a million records sold worldwide. Over the course of their sixteen-year long career, Sentenced toured Europe and North America extensively. The band’s strong fanbase in Central Europe brought them to the clubs of Berlin and Dortmund again and again, as well as festivals such as Germany’s Rock Hard and the legendary Dynamo Open Air in the Netherlands. They roamed the edges of Europe from the London Astoria to Rome and Oslo, the latter two enshrined by the band as the consistent lowlights of their entire touring career. While the band mainly only toured the United States and Europe, their final farewell tour in 2005 brought them as far away from home as Moscow and Mexico City, where the fired-up crowd sang along to their material with such passion as to shake the foundations of both the venue and the band’s own resolve to retire.
The story of these Northern Ostrobothnian (anti)heroes takes them on a wild ride through early teenage bravado to ludicrously absurd and profoundly tragic twists of fate. Along the way you’ll learn their songwriting secrets, experience unforgettable shows and explore the deepest troughs of despair that is life on tour. Deathly disaster and Northern gallows humour; triumphs and squandered opportunities. These heavy-drinking, famously taciturn men in black tell the tale of what it was like to play in the band called Sentenced.
Matti Riekki (s. 1974) is a music journalist specialising in heavy rock, known as the host of the late national radio show Metalliliitto and the longstanding Editor-in-Chief of Finnish heavy metal magazine Inferno.
Svart Publishing will issue the book in July 2021 in a gold foil-stamped hardback edition, just as the Finnish language first edition.