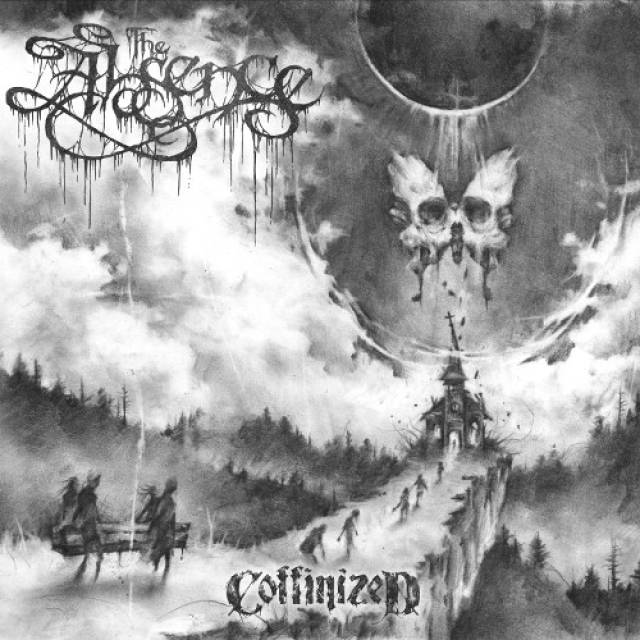 Says vocalist Jamie Stewart, “Haven’t we all been Coffinized since last year? Cooped-up, masked, distanced, trapped within a formless bubble, longing for a collective exhale. We lost loved ones; we lost time, work, sanity... in a way, we lost ourselves. In regard to most bands' craft, we lost an integral portion of the thing that charges our collective batteries: SHOWS. We lost our abilities to release and to connect with all of our friends and family. We miss the spark; we miss the conversations; and most of all, we miss each and every one of you.
“This record is a void-bending combustion chamber of creativity,” he continues. “Every single song bears a torch of deprivation, darkness and triumph. In the end, we do actually win. One second, you feel creative and accomplished, validated and whole. The next, you seem empty and worthless, and feel the claustrophobia of being forced into an unwilling casket. ‘Coffinized’ collects in detail the hysterical scratches and screams found on the inside of this casket’s lid – the kind of gashes made by four beings who are very much alive and giving their all to be heard from a forced burial.”
“Coffinized” is THE ABSENCE's follow-up to their 2018 comeback record, “A Gift For The Obsessed.” That album was the band's first in eight years, as well as their first for new label home M-Theory Audio. The time period between that album's release and the COVID outbreak saw the band stay busy by taking their new songs to the road, touring alongside acts such as Deicide, Origin, Jungle Rot, Exmortus, and Hatchet. Band members also stayed busy with other outside endeavors, with drummer Jeramie Kling manning the kit for Venom Inc., bassist Mike Leon gigging with Soulfly and Cavalera Conspiracy, and guitarist Taylor Nordberg playing with Massacre. Those three band members took the experiences from those touring gigs and reconvened in the studio with Stewart who has also been busy with his other project, Hot Graves, to put together the 11 tracks of pummeling death metal that compose “Coffinized.”
“Coffinized” was produced and engineered by Kling and Nordberg and mixed by Kling. The album was mastered by Jonas Kjellgren (Immortal, Overkill, Scar Symmetry) at Sweden’s Black Lounge Studios.
THE ABSENCE first burst onto the scene in 2005 with their crushing, Erik Rutan-produced Metal Blade debut, “From Your Grave.” The album and its two follow-ups, 2007’s “Riders of the Plague” and 2010’s “Enemy Unbound,” showcased a perfect mixture of heart-wrenching melodies and skull-pounding aggression, truly making them one of the premiere bands of the melodic death metal scene. THE ABSENCE further cemented their reputation via numerous tours supporting some of the biggest names in metal, including Cannibal Corpse, The Black Dahlia Murder, Amon Amarth, Sabaton, Goatwhore, Evergrey, Malevolent Creation, Kataklysm and Destruction. Following a lengthy hiatus, the band regrouped in 2016 with a new lineup uniting founding members Stewart and Kling with longtime bassist Leon and guitarists Nordberg and Joey Concepcion for "A Gift for The Obsessed." (Concepcion appears on four tracks on “Coffinized.”) 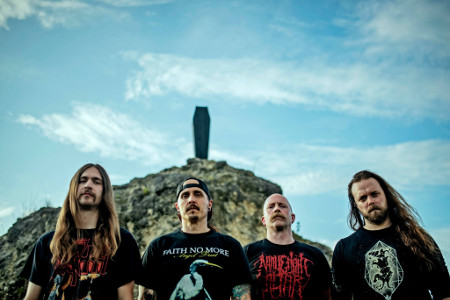