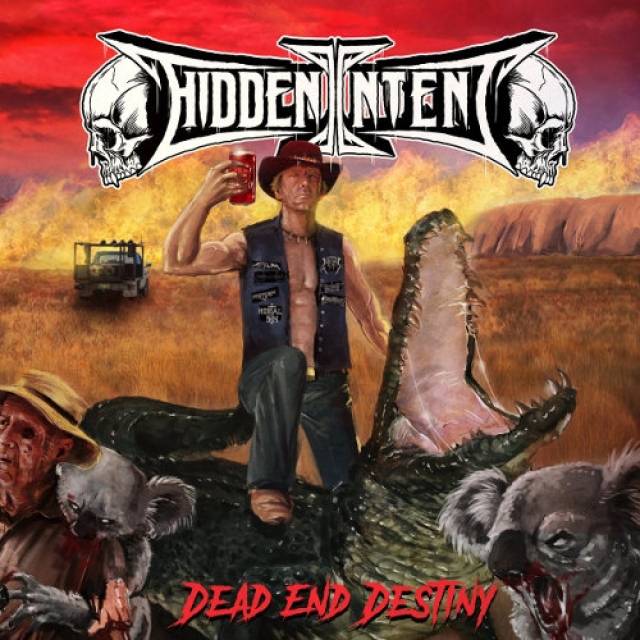 Since their inception in 2011, Adelaide built thrash metal brutes Hidden Intent have been working harder than a meat mincer in an Aussie pie factory, nabbing themselves a whopping fan base worldwide with their 80’s thrash style deeply rooted in the Bay Area and Teutonic thrash scenes.
Fueled by a firestorm of riffs, frenzied guitar solos, frenetic drumming, gritty vocals and all mashed in together with a solid slab of party, Hidden Intent punch on ruthlesslyon the live front as they charge themselves loose onto crowds like a bull at a gate!
With a cluster of international tours and supports tucked tightly under their sleeves, Hidden Intent have found themselves perched on stages with the likes of Destruction, Venom Inc, Flotsam and Jetsam, Dark Angel, Iron Angel, Nuclear Assault, Lich King, Artillery, HAVOK, Toxic Holocaust & Exmortus.
From the countless tours here, abroad and with no fear of busting a gut, Hidden Intent have muscled an unassailable tight force.
Not only have they well established themselves as one of Australia’s prime thrash metal acts, but just in general, like a VB frothy, are one of the country’s best! 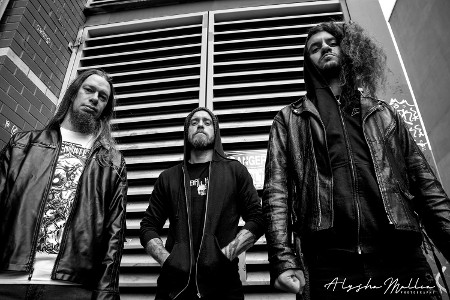 Rate this item
(0 votes)
Tweet
More in this category: « MAD SYMPHONY THE ABSENCE »