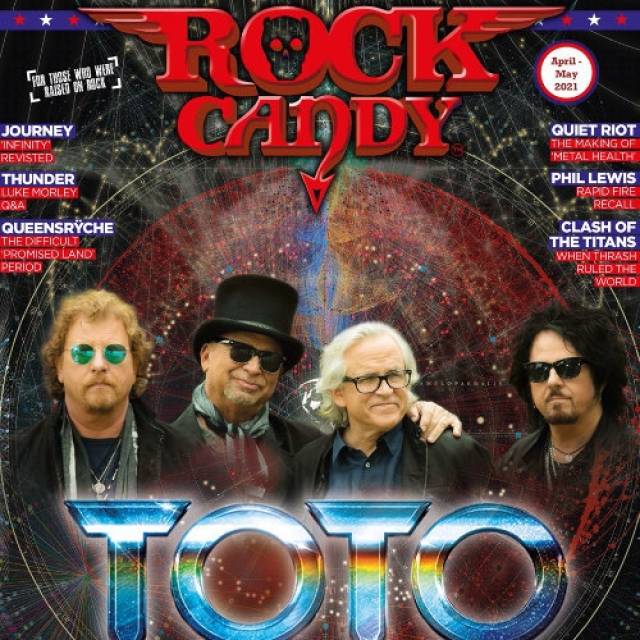 In the latest issue of Rock Candy Magazine editor HoJo interviews the man who almost replaced legendary AC/DC frontman Bon Scott after the singer’s untimely death in 1980.
Steve Burton was an unknown vocalist in Birmingham, England, earning a living working as a roadie for a number of bands, including Judas Priest. Two roadie friends from Birmingham, Terry Lee and Keith Evans, were working for AC/DC – Terry as lighting director and Keith as Angus Young’s guitar tech. When Bon died on 19 February 1980 both suggested ‘Burtie’ for the vacant vocalist’s slot.
“I went down to London to audition for the band,” Burtie confirms in the Rock Candy Mag interview. “I got along fine with everyone and thought I did well, but for whatever reason I didn’t get the gig and it went to Brian Johnson, of course. But I must have made an impression on the band, because soon afterwards I got a call asking if I’d be interested in working with Angus and Malcolm Young’s nephew, Stevie. He was putting a new band together in Birmingham and Malcolm had told him he should get hold of me.”
Stevie and Burtie ended up forming Starfighters, and within three months the band was offered the support slot on the UK leg of AC/DC’s ‘Back In Black’ tour. Malcolm was so impressed with the group that he ended up working with Starfighters on a demo that led to the band signing to Jive Records.
“We played the last show of the tour at the Victoria Apollo Theatre in London,” recalls Burtie. “And as soon as AC/DC had finished their set Malcolm came off stage, towelled himself down, threw his jacket on and jumped in the minibus with us. We went straight to Morgan Studios in Willesden and from 11 o’clock at night until nine the next morning we recorded with Malcolm helping us out. We did two songs, ‘Alley Cat Blues’ and ‘Rock ’Em Dead’, and those two songs got us signed to Jive.”
Starfighters recorded two albums for Jive, ‘Starfighters’ in 1981 and ‘In-Flight Movie’ in 1982, but success proved elusive and the group soon split.
“I’d given up everything for the band,” says Burtie. “Because you know how it is. You’re on your way to stardom, you’re going to settle in America, all that stuff. I ended up working in my mate’s caff in Birmingham for two years flipping burgers!” The singer isn’t bitter, though, despite his former bandmate Stevie Young having gone on to replace Malcolm in AC/DC back in 2014.
“I’ve never been jealous of anyone’s success,” says Burtie. “Whatever happens in life you’ve got to carry on, whether it be playing in a band or shovelling sh*t all day.” 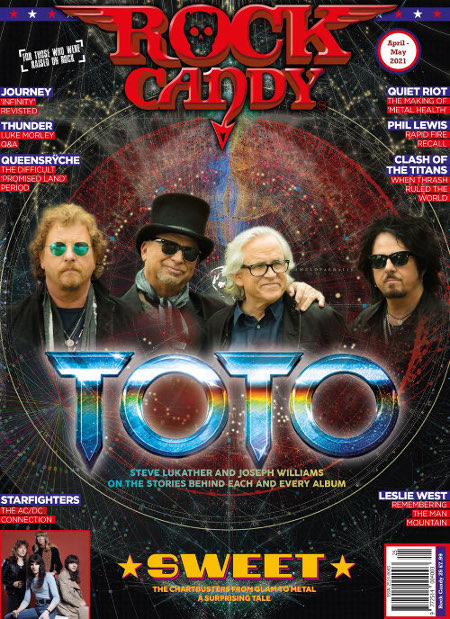 Read this, and many other fascinating stories – including how Ronnie James Dio nearly joined glam rock band Sweet – in issue 25 of Rock Candy Mag.
Rock Candy Mag is a 100-page, full-colour bi-monthly rock mag, created in the UK. It covers the sights, sounds and smells from the greatest era in hard rock music, the ’70s and ’80s. Put together by respected UK rock journalists Derek Oliver, Howard Johnson and Malcolm Dome – all frontline writers for the legendary Kerrang! magazine in the golden era – Rock Candy Mag is available in print format with a free digital download version for anyone who buys the mag online at www.rockcandymag.com.
https://www.facebook.com/rockcandymag/
https://www.instagram.com/rockcandymag/
https://twitter.com/RockCandyMag
https://www.youtube.com/channel/UCBjkpEXB53nRCs_yhEClGhg
https://open.spotify.com/user/rockcandymagazine/