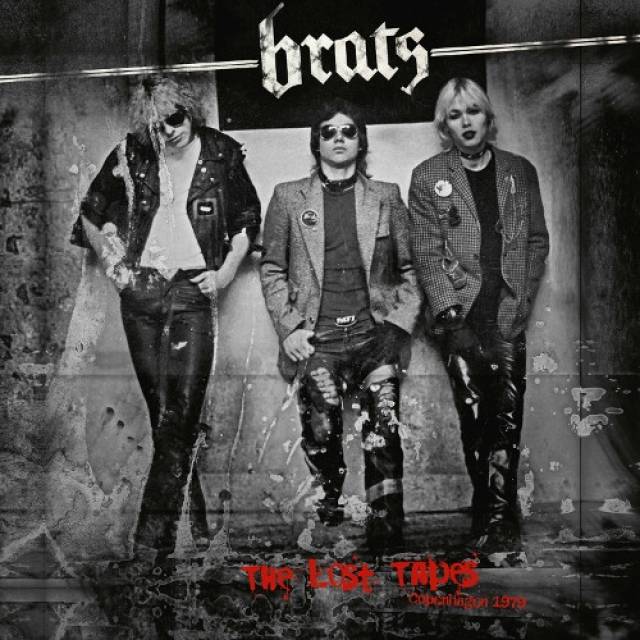 Copenhagen’s very own BRATS morphed into the one and only Mercyful Fate when a certain Kim Bendix Petersen (aka King Diamond) joined them towards the very end of their short career.
Apart from the future Mercyful Fate guitar duo of Michael Denner and Hank Shermann (calling himself Hank de Wank back then) BRATS featured singer and bass player Yenz (also known as Yenz Leonhardt or Yenz Cheyenne; born Jens Arnsted). Yenz later went on to form Geisha and Y (together with King Diamond bassist Hal Patino).
Before splitting up, BRATS issued one self-titled studio album issued by CBS Denmark in 1980 (which has recently been re-issued via High Roller Records). “The Lost Tapes Copenhagen 1979” pre-dates the group's sole studio effort and offers a unique insight into the inner workings of a true cult band.
Singer/bass player Yenz knows the whole story: “ BRATS Mark I was a four-piece. They were active for four months in the summer and fall of 1978 and were featured with three titles on a legendary Danish Punk Rock compilation 'Pære Punk' in April 1979. Those tracks were 'Dreams', 'I Do What I Wanna Do' and 'Magazine'. The band played a handful of shows in Copenhagen in ‘78, and I guess I witnessed most of them. After a show with my own band in February 1979, Hank came over and told me about their break-up, and asked if I and our drummer Monroe would be interested in continuing BRATS with him as a three-piece. The day after I was already writing new material with Hank, and two weeks later we started doing shows. It was an extremely productive time for us, we were hammering out songs at a respectable pace. The tracks on 'The Lost Tapes' document the summer of ’79 and are all BRATS Mark II recordings.”
All in all, the “The Lost Tapes” contains 16 songs, which back in 1979 were officially scheduled to be released as the band's début album. Yenz explains: “The record label Irmgardz were getting ready to press up the vinyl when the invitation to a meeting with CBS came up. CBS was aware of the Irmgardz project and had already drawn up an agreement where one of the first clauses stipulated that no material recorded prior to the deal could be released by any third party. That was a classical take or leave it proposition. No way around it. So 'The Lost Tapes' is in fact the BRATS debut album, exactly as we intended it. Just with a 40-year delay.”