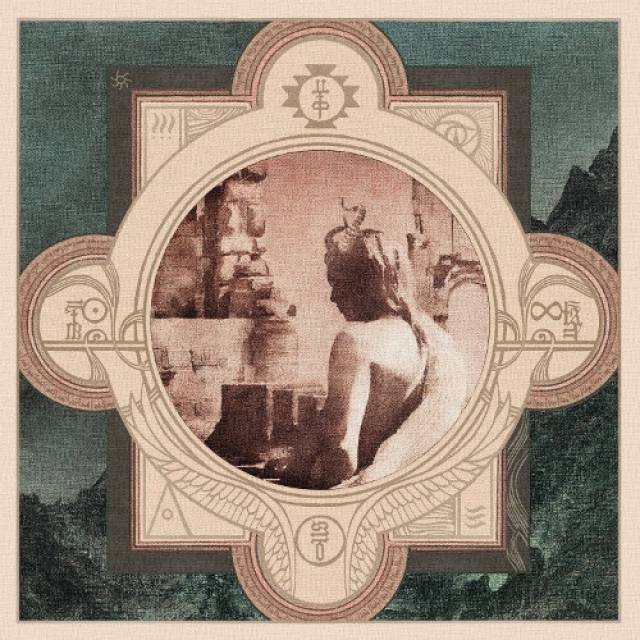 "VII - Kenoma" is the 4th full-length release of the German Black Metal band FYRNASK. While remaining committed to its foundation of Second Wave Black Metal, the aural experience of "VII - Kenoma" is also deeply rooted in Ritual Ambient and Drone as well as world music by exploring synthesized sounds, neoclassical and traditional instrumentation and vocalization.
Embedded in these sonic spheres, the recording conceptually traces the depths of Musibatname, the Book of Suffering, written by the thirteenth-century Persian poet and mystic Fariduddin Attar. In his lyrical work, Attar elaborates on the questions of theodicy, the contradictory nature of the idea of an all-powerful good God and the human experience of sorrow, suffering and injustice. In the center of Attar’s mystical telling is the pilgrim of “the heart’s thought” who explores the physical and metaphysical spheres. The spiritual seeker learns about the Two Worlds, the material and the ethereal existence, and the suffering and failure in both. A crucial depiction of this agony is the scene in which the pilgrim meets the mourning and dethroned Iblis in the ruins of his former realm. The album ties in with these pictures and ambiences, exploring the meanings of sacrifice and suffering on a metaphysical level.
"VII - Kenoma" was written and recorded between 2016 and 2019. The album was mixed by Fabian Schulz at Sunsetter Recording Studio and mastered by V. Santura at Woodshed Studio.
FYRNASK are the collective of Fyrnd, Alghol, Exord, Fhez, and Rune.

More in this category: « THE MEDEA PROJECT STRANGER VISION »