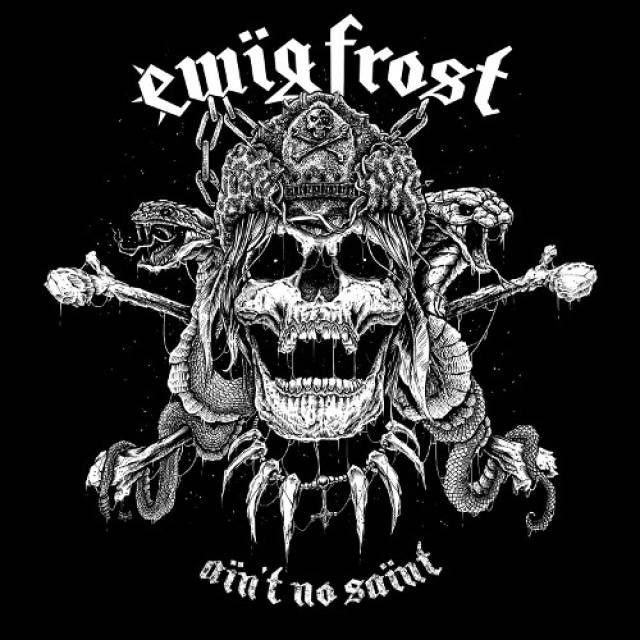 Driven by their craving to create pure Rock’n’Roll, Austrian Speed Metal Punks EWÏG FROST rose from purgatorial fires to storm stages all around the world. Over the top and gloriously go for the throat, mastermind Nïïtro (composing, lyrics, guitars & vocals) has tattooed a message of evil across the globe for eight releases and nearly twenty years. Their sound fuses the influences of scene icons, ranging from classics like MOTÖRHEAD and DISCHARGE, VENOM and CELTIC FROST to DARKTHRONE and CARPATHIAN FOREST. Armed with their explosive blend of Metal, Punk and Rock’n’Roll, EWÏG FROST are ready to raze your town to the ground.
Initially formed in 2003, EWÏG FROST put the pedal to the metal with hellfire roaring out of their hoods. Their engines howling like you're speeding through post-apocalyptic deserts, while the end of the world is breathing down your neck. Piece by piece they perfected a blackened Rock’n’Roll sound reflecting their apocalyptic visions. Over the years, the band has toured across the continents, performing with bands like DOOM, DISCHARGE, TOXIC HOLOCAUST and EXHUMED. It’s no wonder that Stormbringer Magazine called them, “Austria’s Finest Black’n’Thrash-Inferno”.
Fuelled by a diabolical mixture of Heavy Metal, Punk, and Rock’n’Roll, EWÏG FROST batter through the post-apocalyptic wasteland with fourth album "Aïn’t No Saïnt", infusing scorching variety into the grueling dreariness of everyday life. Singer, guitarist, and band mastermind, Nïïtro, allows his lustful desire for variety in music run rampant, integrating brass as he poaches in the hunting grounds of MOTÖRHEAD, DISCHARGE, ANTI CIMEX, simultaneously drawing inspiration from BATHORY, CELTIC FROST and VENOM.
Now, the band is gearing up for the release of “Ain’t No Saint”, their first new album in five years. It’s a quantum leap forward for these thrashers and shows that they have a ton of fuel left in the tank. With their most ambitious promotional campaign to date pushing the record, EWÏG FROST are eager to start spreading their lessons in violence once more as the coronavirus epidemic approaches an end.
The wily Austrians also demonstrate their Viennese charm with the morbid humor they deploy in two grisly tracks, naturally sung in the infamous Viennese dialect. "Aïn’t No Saïnt" features a musical fusion of D-Beat, Rock’n’Roll, Boogie, Thrash Metal, Blues, and Black Metal. It indulges lyrically in themes such as greed, love, addiction, desire, prejudice, politics, and class warfare. To achieve this mayhem, Nïïtro was joined by a supporting cast of members from MIDNIGHT, FRANZ FUEXE, BOOGIE HAMMER, ROADWOLF, MOTHERS OF THE LAND, DUSK, REVEREND BACKFLASH, THROES, YOUNG NAILS and SKATAPULT.
“I’ve never been more successful blending so many different variations of music so naturally into one work of art,” Niitro says. “It’s not about trying hard. It’s about dying hard!” 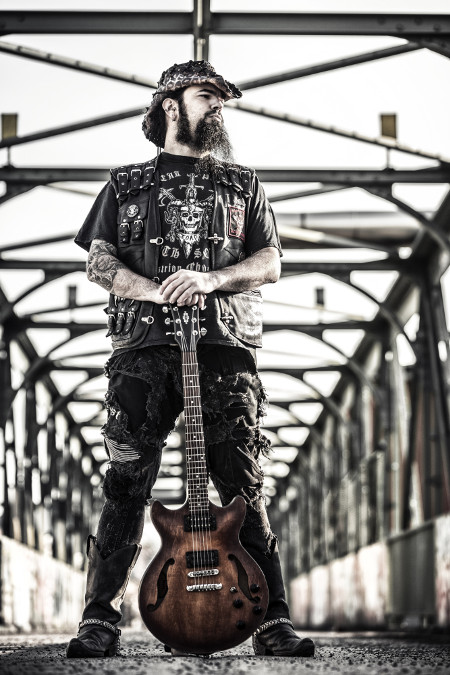