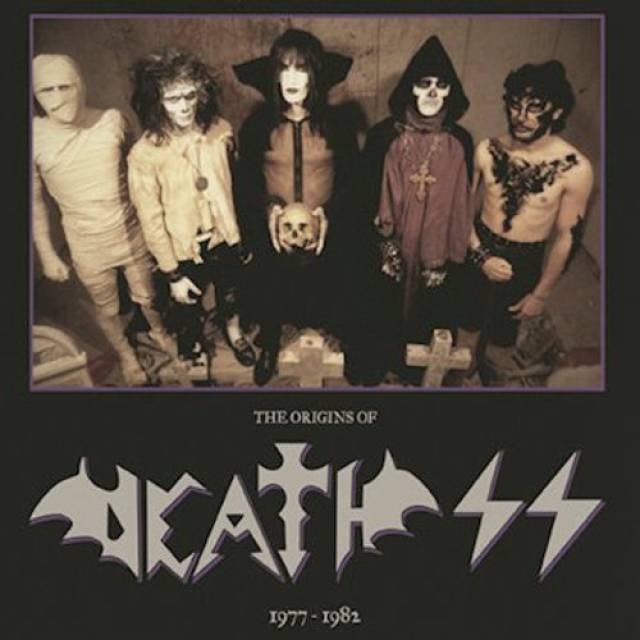 By Steve Sylvester
with Gianni Della Cioppa
Paperback with French flaps, 224 pages loaded with images from every step of the band's early history, 16 of those in full color.
The English edition of the insane story of the legendary Death SS.
In addition to Steve’s story and version of the history of the band, the book includes interviews with all living members from the time of the “First Seal” as it has been termed: Danny Hughes, Thomas Chaste and Thomas “Hand” Chaste, Claud Galley, and even words from the enigmatic Paul Chain appear in the book, along with remembrances of the contributions from Aldo Polverari and Sanctis Ghoram.
"This book is the final answer for those who thirst for every detail, background history, or bit of spicy gossip related to the circumstances which lead five suburban teens to incarnate as the Kings of Evil…" - Steve Sylvester
"It was not that much about music… well, sure, the art of music had more than willingly been chosen for this form of expression, but Death SS could have been a theater company, a string quartet, any kind of music, and I can assure you that it would have been equally as devastating. Behind the Death SS phenomenon stands a certain type of philosophy, a theatrical and visual avant-garde, a mingling of real life and the art of representation… We surely were very driven and motivated." - Thomas "Hand" Chaste [Andrea Vianelli]
"…it's basically Steve Sylvester's autobiography from his birth up until the demise of the first incarnation of the band, in 1982. So you have the origins of Death SS, their meddling with the occult and witchcraft, bizarre rituals, orgies in cemeteries and ossuaries, along with the struggles of being such an original and out-of-place band in the yet still quite rural centre of Italy. There's the music, of course, but it's much more about what the band actually was and did, and they did crazy things!" - Max Baroni, Tsunami Edizioni 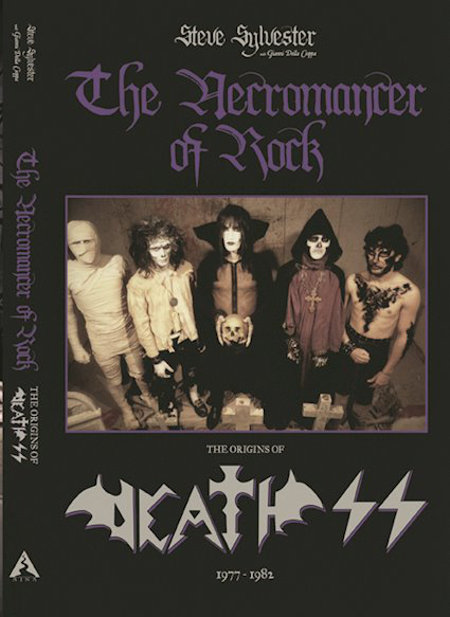