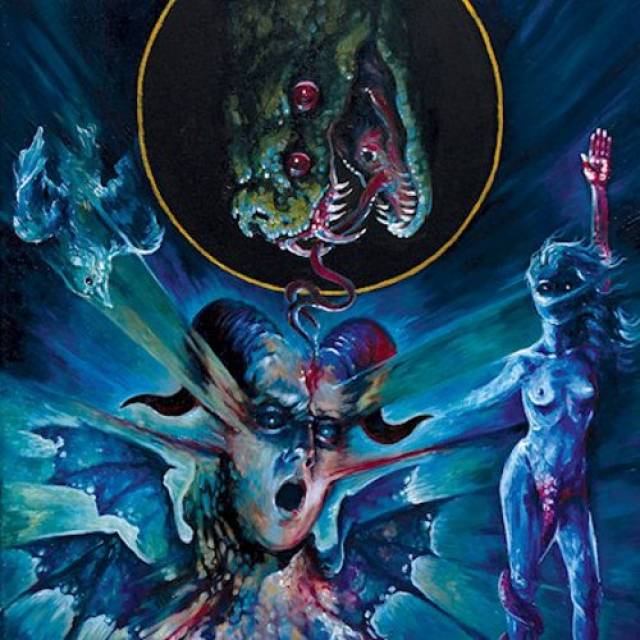 New album "Dy'th Requiem For The Serpent Telepath" out on May 21st!

The solitary project of the French musician named Asthâghul, ESOCTRILIHUM release their 6th album in 5 years of underground activity, sure to cement the great consensus obtained with 2020's “Eternity Of Shaog”.
“Dy'th Requiem For The Serpent Telepath” picks up right where its predecessor left off, at times addressing the band's stylistic formula towards doom metal territories, and offering a better amalgamation of symphonic sounds within the unique blend of mystic black and death metal ESOCTRILIHUM is known for. The result is as dark, majestic and disturbing as Dhomth's masterful cover painting, perfectly reflecting the concept behind this work.
The album winds its way through four sections and 12 tracks, telling the story of the death, transfiguration and rebirth of the Serpent Telepath – one of the many entities that populate ESOCTRILIHUM's mental dimensions of horror (and clearly an astral projection of Asthâghul himself) – in a blistering crescendo of tortured visions and psychic delirium.
Thanks to its rich textures full of amazing sonic inventions in the service of a creative songwriting perfectly balanced between atmosphere and experimentation, “Dy'th Requiem For The Serpent Telepath” is at the same time sumptuously melodious and irrepressibly brutal, the umpteenth demonstration of the talent of an artist never afraid to let his inner demons free to haunt him. 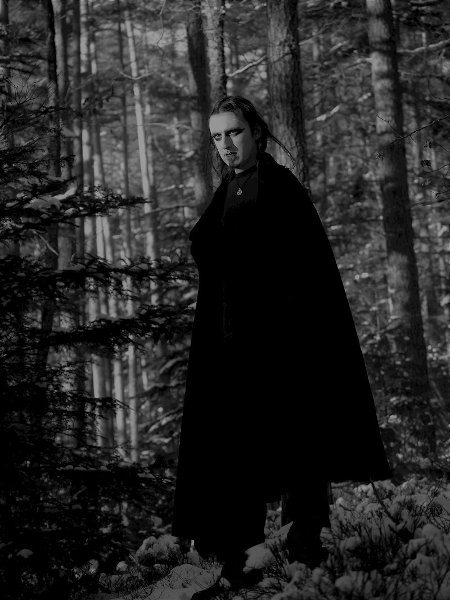