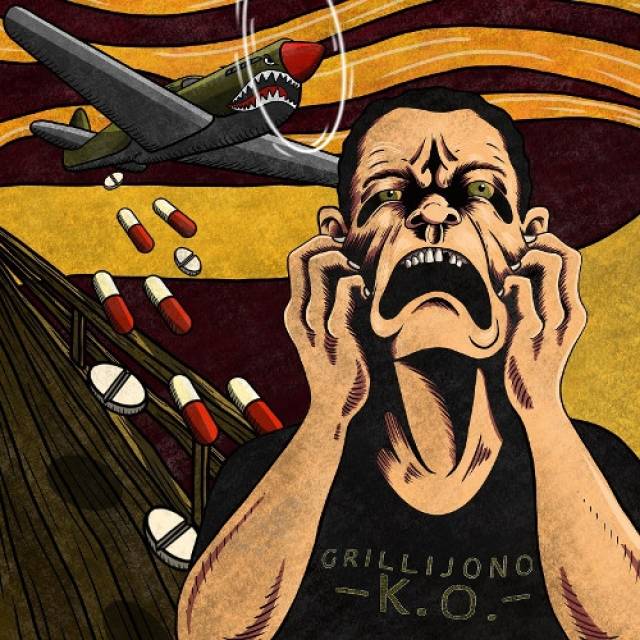 Grillijono K.O. is a four-piece turborock group from Vaasa, Finland. Their sound is a combination of different elements from fast punk rock to black metal and even melodic pop, defined by harsh and powerful vocals by frontman Lobo-Tommi.
The bands first publication, “Nyrkkipyykki EP”, was released in December 2015. The single "Ei oo sun oma vika etta oot niin vitun tyhma" became a small-scale punk rock hit and was noted by Soundi, the biggest music publication in Finland. The song has reached 450000 hits on Spotify alone and rose to the "Finland Viral 50" playlist.
Nyrkkipyykki EP was soon followed by single "Kaljaa pimeassa", which expanded their sound to a more aggressive and darker territory. Bands such as Kvelertak, The Hellacopters, Gluecifer and Slayer have all had an impact on Grillijono K.O.'s sound as it is today.
Despite the band being only a few years old, they/ve at played at various venues all over Finland, and have gained a reputation as an energetic live band. The band is currently finalizing their debut album, which will be released in early 2021. 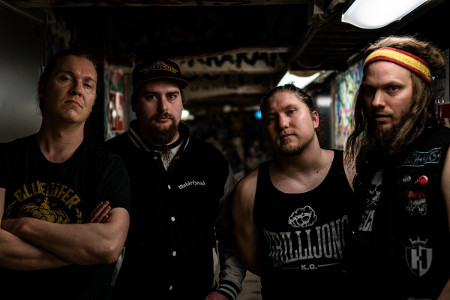