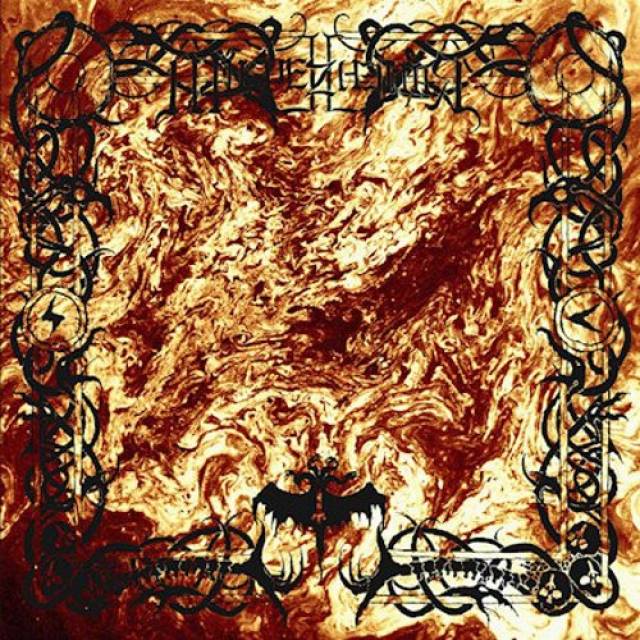 New self-titled album out on May 5th!

Since their very first demo release in 2014, MÚSPELLZHEIMR have become the new, blurred-out face of Denmark's fast-rising black metal scene. That the mysterious entity has prolifically pursued such a monolithic vision and delivered every step of the way is an enviable accomplishment, indeed. More than that, the fact that MÚSPELLZHEIMR have created something so seemingly modern out of timeless rudiments is even more amazing. Making the "old" new and vice versa, like the ouroboros forever devouring its tail, MÚSPELLZHEIMR's majestic, mystical black metal is much like that: starkly vast, circular, hypnotic, buried deeply in the abyss, both in the physical and spiritual senses.
And while the band remain devoted to their Afgrundsvisioner collective, often releasing recordings digitally and unmindful of the machinations of the increasingly obsolete music "industry," MÚSPELLZHEIMR again conspire with AMOR FATI for the physical release of their self-titled fourth album. Right from the opening notes, Múspellzheimr brims with the mesmerizing majesty so characteristic of these sonic sorcerers: glacial, iridescent, ominously shimmering, and exuding malign energies that penetrate deeply into the listener's subconscious. However, this fourth full-length also introduces quieter, if not more placid textures suggestive of cosmic Vikings roaming the most desolate reaches of space - the reverberations of repose and recollection, if you will. To that, the shot-from-the-vortex sounds MÚSPELLZHEIMR employ here take on an alien aspect - which is saying something, given the band's already mangled frequencies - whereby it's difficult to discern what exactly is being played, and how. Are those synths? Layers of FX pedals? A sort of alchemy otherwise unknown to metal musicians? So much mystery and so much majesty, Múspellzheimr simply immerses and entrances like few other things falling under the wider "black metal" rubric. Long may MÚSPELLZHEIMR conjure these creations...
www.muspellzheimr.bandcamp.com

More in this category: « THE INSEKTLIFE CYCLE NO RAZA »