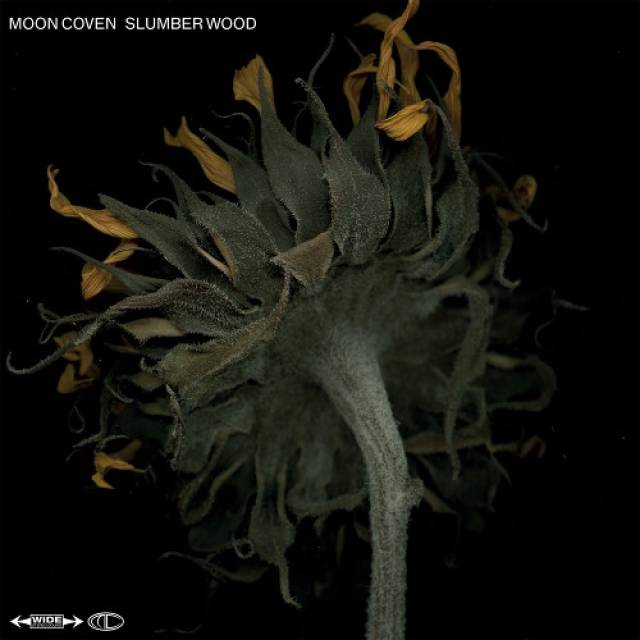 New album "Slumber Wood" out on May 7th!

With their two full-lengths 'Amanita Kingdom' (2014) and 'Moon Coven' (2016) under their belt, Malmo, Sweden's psychedelic doom craftsmen MOON COVEN are now all ready to unleash the otherworldly forces of their third studio album and Ripple Music debut 'Slumber Wood' upon this world.
Their upcoming third album 'Slumber Wood' pushed the band's experimental approach further through its eight confident and mind-infiltrating steamrollers, worthy of playing in the same league as modern days stoner doom pillars such as Mars Red Sky, Monolord or even Acid King. MOON COVEN treat the listener to a spectacular, tombstone-heavy journey, abounding in motions and emotions, with David Leban's mesmerizing chant dragging you deeper and deeper over the course of its 40+ minutes.
MOON COVEN is a Swedish stoner rock band whose deep understanding of the classics and their passion for fuzz make for a distinct and potent sound. Having formed out of the desire to get back to their musical roots, the foursome documents their journey both as individuals and as friends. The band's sound is a fusion of genre staples like Black Sabbath and Acid King with the progressive magic of Pink Floyd and the psychedelic influences of The Black Angels. They are currently gearing up to release their brand new album 'Slumber Wood' on Ripple Music in May 2021.
Having opened for bands like Uncle Acid & The Deadbeats, Monolord, Blues Pills and Jex Thoth – MOON COVEN knows what it means to share the stage with the best of the best. It was this same attitude that they brought on their three European tours as well as to festivals like Krokbacken, Children of the Sun or the legendary Red Smoke Festival in Poland. As work wraps up on their third album, it seems like at long last the early promise of these Swedish riff masters is becoming fulfilled and pointing towards bold new futures.
The band have already looked beyond 2021’s 'Slumber Wood' though. They are deep in the process of writing a fourth album. This period of intense creativity belies their goal of continuing to create heavy music together for years to come. As for now though – fans have a veritable storm of fuzzy riffs descending upon their eardrums in just a few months time. 'Slumber Wood' will be Moon Coven’s first album in five years and they promise that it will have been worth the wait. The journey back to their roots is nearly complete!