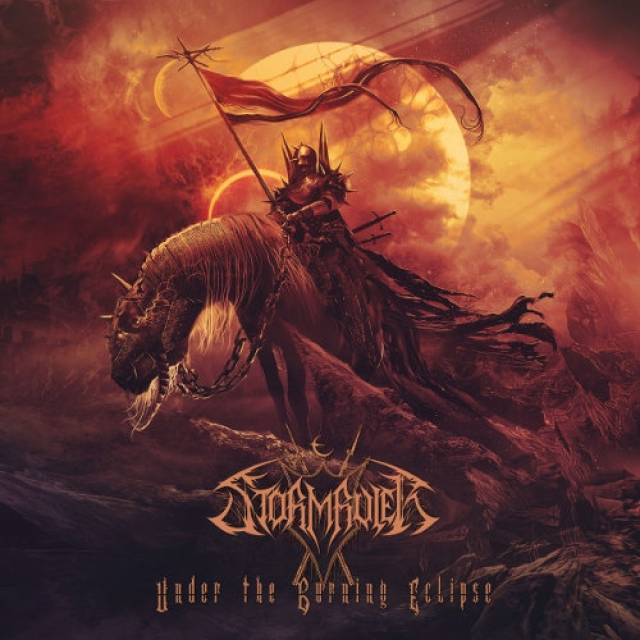 Debut album, "Under The Burning Eclipse", out on May 28th!

Sharpen your blades and prepare for war with fast-rising USA black metal export STORMRULER! The St. Louis-based two-man project – featuring the dark lyrical genius and deft skill of guitarist/vocalist Jason Asberry and drummer Jesse Schobel – have built a noteworthy subterranean following since their formation. Thus, the band has signed a worldwide record deal with Napalm Records and will release their stunning debut full-length, Under The Burning Eclipse, on May 28, 2021!
STORMRULER combines unrelenting black metal atmosphere and vision from varying metal genres with a brutal, modernized twist of inspiration culled from high-fantasy and history. Listen carefully – you may just be able to identify themes from some of your favorite stories, games and more…
Featuring 19 tracks alternating between ominous instrumental ambience and incendiary black metal riffs and fury, the album tells harrowing tales of war, death, victory and defeat, and delivers an unmatched, hellscaped auditory experience.
The banners of imperial black metal brigade STORMRULER are flown high! Creeping in like menacing sonic smoke, instrumental ambient intro track “Shine Of Ivory Horns” launches directly into opener “Reign Of The Winged Duke”, instantly careening into a cascade of pummeling drums and charred riffage. Under The Burning Eclipse evenly ebbs and flows between warning mystical atmosphere and ghastly action, evident on the likes of blackened headbobbers “Age Of Steel & Blood”, “Dawn Of The Eternal Fire” and unrelenting 8+ minute title epic “Under The Burning Eclipse”. Standout burner “Of Hollowed Souls & Distant Flame” looks to the north with archaic screams and memorable, colossal progressions, while combat-ready tracks like “At The Cliffs Of Azure City” incorporate ruminations of classic heavy metal combined with scorched, war-torn percussion. The album traverses desolate musical peaks and valleys before closing with the otherworldly brutality of “Fear The Old Blood” – a non-stop onslaught of black metal attack – and ambient, acoustically-driven finisher of olde “Fields Of Mortal Shame”. Under The Burning Eclipse is a solid hour of fantasy-laden, grim fables transfixed in blackened scourge. Fans of extreme metal will not want to miss this debut offering from the mighty STORMRULER!
“We sought to take all of the elements we love about black and death metal and make the album we always wanted to hear. Early on, we formulated the idea to compose interludes between the songs to segue the moods, yet maintain a cohesive nature. As long-time fans of dark fantasy and historical warfare, it seemed like the proper path lyrically.” 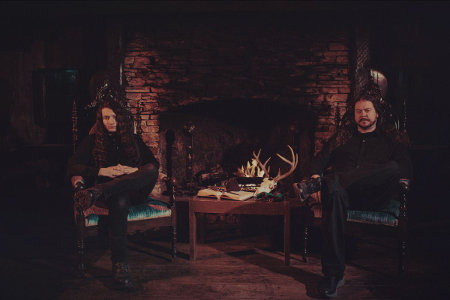