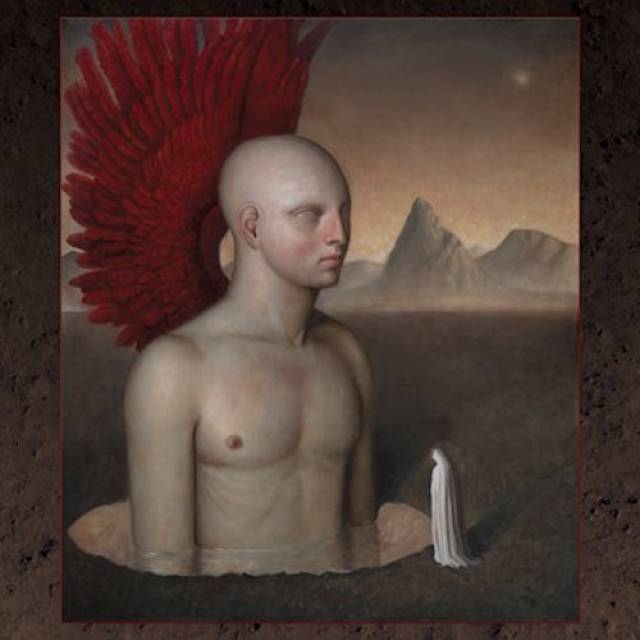 Fresh from the success of “Wanderers: Astrology of the Nine” – a split album released in 2020 with MARE COGNITUM, their usual cosmic travelling companion – SPECTRAL LORE return with “Ετερόφωτος”, their brand new and highly anticipated full-length, destined to setting the whole progressive/atmospheric black metal scene on fire. Released seven years after the groundbreaking “III” (2014), actually “Ετερόφωτος” carries on from where 2012's “Sentinel” left on both lyrical and musical level, thus marking another separate series of albums than the ones labeled by Roman numerals, with the “Gnosis” EP from 2015 lying somewhere in the middle. “Ετερόφωτος” is a word without an exact translation in English: In approximation it means "the one whose light comes from others".
If SPECTRAL LORE themselves originally described “Sentinel” as epic and transcendental black metal, music to inspire the warrior spirit and through it achieve spiritual transcendence, “Ετερόφωτος” walks similar emotional paths with greater maturity and awareness, and can be seen as a comment on its predecessor's youthful enthusiasm, a kind of re-allignment that does not point towards a peaceful settlement, but on the strengthening of the need for rebellious, promethean praxis. In this respect, it is both a black metal and an anti-black metal record at the same time. Graced with a mystical and thoughtful cover painting by the Italian master Alessandro “Sicioldr” Bianchi, “Ετερόφωτος” is SPECTRAL LORE's call for a revolt through radical self-examination; it desires to fight back with the past while claiming what has been rightfully ours in the first place. And to finally see beyond the Self: to where our light comes from.