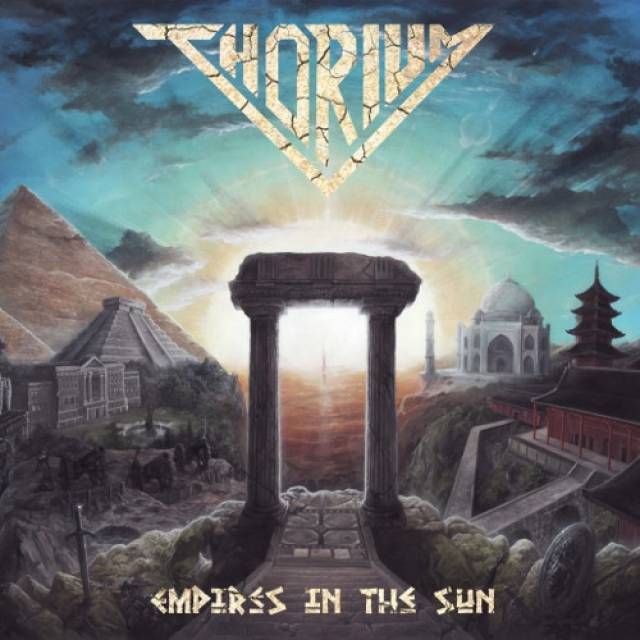 New album "Empires In The Sun" out now!

THORIUM have released their long-awaited second album Empires in the Sun via Freya Records. The record is now available worldwide.
For the epic trilogy '1302' the band acquired the help of several renowned guest vocalists: Arjen Anthony Lucassen (Ayreon), Benny 'Zors' Willaert (23 Acez), Joe Van Audenhove (Evil Invaders) and Anneleen Olbrechts. Moreover, Norman Eshley (Blind Guardian) lent his warm voice to provide the narration on a selection of songs.
The album was produced by Tom Tee. Mixing and mastering were once again handled by Simone Mularoni at Domination Studio in San Marino, Italy.
The cover artwork was painted by Velio Josto.
Given great incentive by their work together in Belgium’s legendary heavy metal band Ostrogoth, Dario Frodo, Stripe and Tom Tee found themselves overwhelmed by massive amounts of inspiration for new material, much of which proved to lie too much outside the boundaries of what they could rightly realize with Ostrogoth. Therefore, they decided to found a brand new formation through which to channel all these new ideas.
With the addition of classically trained batterist Louis Van der Linden to the fold, the search was open for a powerful vocalist with a wide range and striking stage presence, which they found in seasoned Dutch singer David Marcelis (Lord Volture, Black Knight).
With the line-up complete, the band put the finishing touches on their self-titled debut album, which was released October 5th 2018. Touring and gigging in promotion for the new record commenced immediately, and saw the band playing dates across Germany, Spain, Great Britain, the Czech Republic, Holland and Belgium, where they shared the stage with acts such as Geoff Tate’s Operation Mindcrime, Ross The Boss, Toxik, The Three Tremors, Heir Apparent, Q5, and many more.
Not content to rest on their laurels, and eager to prove themselves a band that could keep on producing quality material quickly and efficiently, Thorium completed work on their sophomore album within one year of their debut release. Working together once again with seasoned mixer Simone Mularoni (DGM, Michael Romeo, Geoff Tate, Ray Alder,...), the band delivers some of their most ambitious material yet on this record, employing guest vocals by acclaimed artists such as Arjen A. Lucassen (Ayreon) and Joe Van Audenhove (Evil Invaders), as well as British actor and narrator Norman Eshley (Blind Guardian) to further broaden their sound.
Influenced by and incorporating elements of all the classic styles of Metal from the past four decades, such as NWOBHM, Power Metal, Progressive Metal, Speed Metal, Bay Area Thrash and of course classic Heavy Metal, Thorium’s members set themselves no boundaries and seek to deliver music that is heavy, melodic, virtuosic, catchy and conceptual. 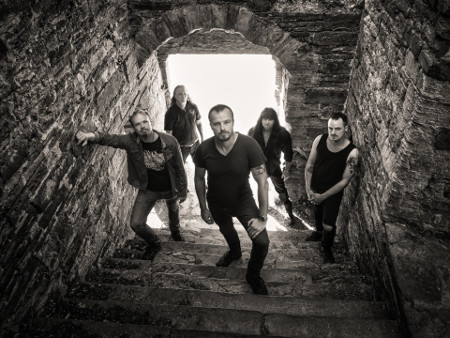