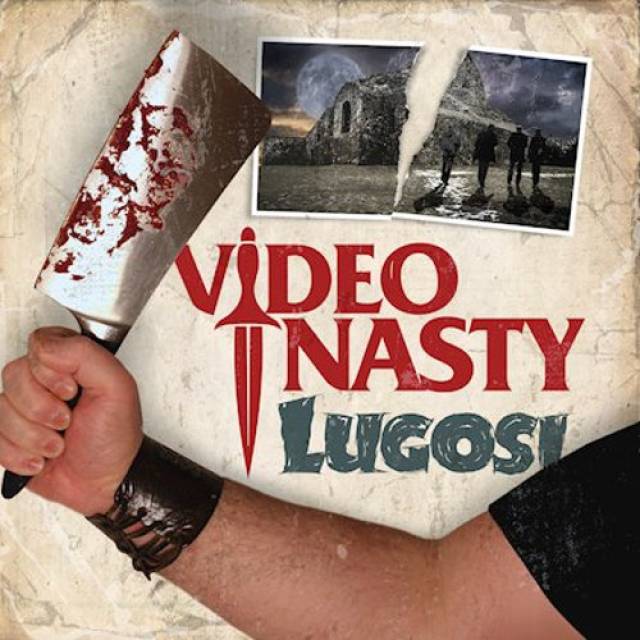 Featuring eight tracks that are bursting with the bands’ unique tongue-in-cheek humour, twinned with their ability to produce groove-drenched bangers, ‘Video Nasty’ brings a cross-over sound that has elements of Melvins, Clutch and Misfits sprinkled throughout.
Continuing their strange obsession with the number 8, and recorded in short spurts between various lockdowns, their second album “Video Nasty” is an 8-track trip to the corner video store. Covering strange and diverse unhallowed ground lyrically, this album delivers even more drive and punch than the first.
Who the F**K are LUGOSI?
Formed in 2016, and influenced by the unholy quadrilogy of beer, books, movies and music, they embarked on a mission to make heavy music informed by horror and science fiction, infused with a singular humour and delivered with groove and style.
Best described as a sonic Ed Wood movie transmitted through rock and roll, LUGOSI have created a cartoon catalogue of monsters and myths, aliens, witches, vampires, secret societies and much, much more.
Stylistically, the band have been influenced by Danzig, Misfits, Clutch and Black Sabbath, with a smattering of Django Rheinhardt, thrown in for good measure.
After a couple of years of honing their live performances and exploring the dusty back shelves of the local public library, the band recorded and launched their debut album “Rise from the Grave" in 2019. This album consisted of 8 tracks, four of which were released as singles, supported by videos and shows across the island of Ireland.
2020 arrived and brought LUGOSI’s interior horror movie reality to the general public in the form of a global pandemic.
https://www.facebook.com/LugosiDub
https://lugosidublin.bandcamp.com/releases

Rate this item
(0 votes)
Tweet
More in this category: « MY REFUGE CVLT OV THE SVN »