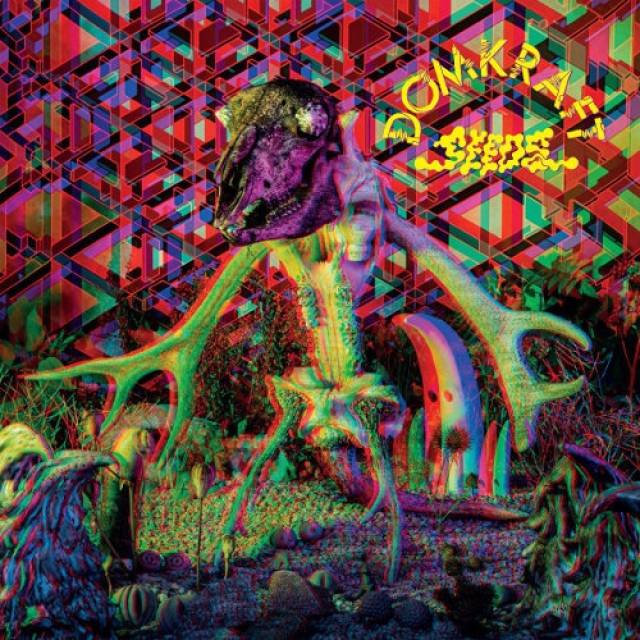 Like a phoenix, DOMKRAFT rise from the ashes of their previous apocalyptic-themed albums with third full-length "Seeds". The latest album from the titanic Swedish psychedelic riff-doom trio focuses on the idea of emerging from the ruins to start anew, building something different and better beyond the cataclysm.
In the midst of 2020's summer heatwave, singer and bassist Martin Wegeland, guitarist Martin Widholm and drummer Anders Dahlgren headed west towards the Baltic Sea to Welfare Sounds Studio, which is located in an old wooden house on the outskirts of Gothenburg, Sweden. There, in a great live room with borrowed air conditioning, the Swedes sweated with studio heads Kalle Lilja and Per Stålberg for three days to nail down a new epic that feels raw and alive.
With due credit to the mixing wizardry of Karl Daniel Lidén (GREENLEAF, KATATONIA, LOWRIDER), DOMKRAFT's trademark heft is more prominent than ever, and the ambitious lyrical themes add context to the always-massive riffs and hypnotizing flow.
DOMKRAFT have built each element of "Seeds" from a neck-bobbing pulse. Swirling songs like 'Audiodome', 'Dawn of Man' and the title track are closed circuits in which titanic instrumental hooks feed lyrical concepts, then circle back to direct the elliptical psychedelia and sky-widening vocals.
Originally, DOMKRAFT bonded over a mutual love for SPACEMEN 3, MONSTER MAGNET, SLEEP, and HAWKWIND, to name but a few. Drawing from the heaviest of their combined influences, the trio from Stockholm crafted a sound that blends towering dirges, mind-bending psychedelia, and hypnotic minimalism, which is embodied by their monolithic 2016 debut album "The End of Electricity" and 2018 follow-up "Flood".
Following the release of their first full-length, DOMKRAFT received invitations from and performed at prestigious festivals such as the Desertfests (BE and DE), Psycho Las Vegas (US), Blow Up (FI), Sonic Whip (NL), and many others.
With "Seeds", DOMKRAFT have drawn a detailed map to a groove-driven heavy rock utopia, where humankind can evolve and unite. Better living through monolithic volume! 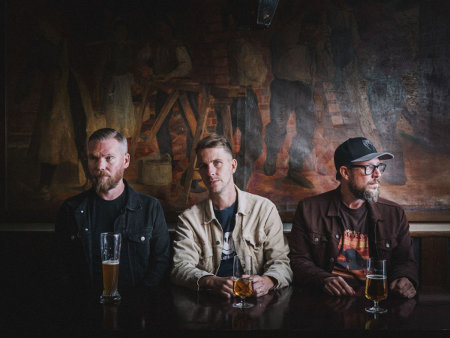 More in this category: « I AT LAST VINCENT LARUSSA »