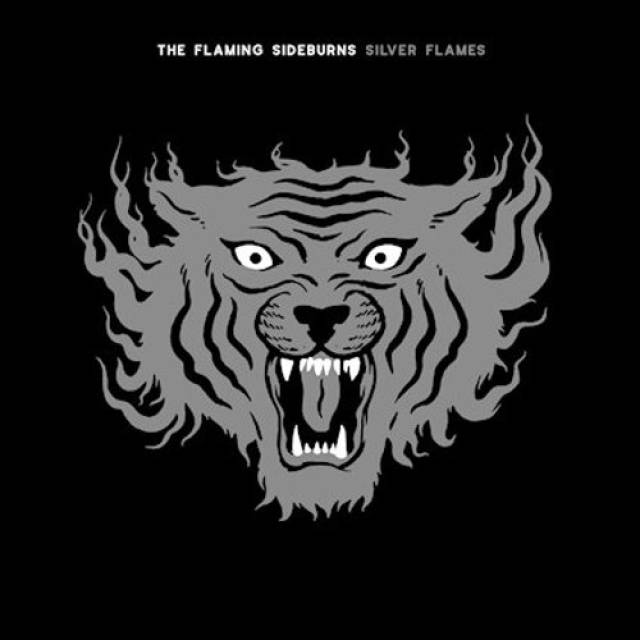 It might’ve taken 20 years but here it is: the original line-up of The Flaming Sideburns unleash a brand new album “Silver Flames”! Seen as a follow-up to their now legendary debut “Hallelujah Rock’n’Rollah”, which was released two decades prior in 2001,“Silver Flames” is an album nobody expected to happen.
Most certainly it's out of time and out of place in 2021 but that has never stopped The Flaming Sideburns on their mission. Instead they launch a rock’n’roll assault at full throttle with “Silver Flames”.
It’s all there from straight-ahead rockers (“Silver Flame”, “Searching Like a Hyena”) to deep psychedelia (“Nibiru”, “Reverberation”) and from classic rock (“A Song for Robert”) to pop-tinged choruses (“Perfect Storm”, “Cast out my Demons”). The album is wrapped-up by “Trance-Noché” and its unusual combination of Latin American madness and Arctic hysteria — topped with the lyrics en Español.
"Silver Flames” might be versatile, but all of the tracks have a common goal: to make it on the album they had to be good enough to stand on their own as a single release. “Hallelujah Rock’n’Rollah” gave us seven singles and “Silver Flames” is well on its way to top that. “Soulshaking”, “Trance-Noché”, “Neverending” and “A Song for Robert” are already out on 7” vinyl and there’s more to come later this year.
The Flaming Sideburns started out in Helsinki in 1995 and soon found themselves touring both sides of the Atlantic. Their early releases were compiled on “It’s Time to Testify” but it was the launch of “Hallelujah Rock’n’Rollah” that put the band on top of the early 2000s garage rock revival. Stateside, the record was released under a new moniker “Save Rock’n’Roll”.
“Hallelujah Rock’n’Rollah” kept the band busy touring across the world and sharing the stages with bands who inspired them from the beginning, like The Sonics or The Stooges. It also gained them exposure on U.S. television: “Loose My Soul“ was featured on HBO’s “The Wire,” “Flowers” made it to Fox’s “The O.C.” and “Street Survivor” was picked up by Toyota for a tv commercial.
The break-through album also meant the end of the original line-up. Soon after the release, the guitar player Arimatti Jutila moved to the United States and the band was forced to soldier on with various line-ups. After two more albums, “Sky Pilots” and “Keys to the Highway,” and hundreds of shows, The Flaming Sideburns found themselves inactive for the first time in their career in 2016. That was not bound to last long.
In 2018 the five original members — four Finns led by Argentine-born vocalist Eduardo Martinez — joined forces for a string of shows in The UK, Spain and The Nordics. As soon as they hit the road, the new songs started coming out. Soon the band hit the studio and the old gang was completed by Jürgen Hendlmeier who’s been serving as the producer for The Flaming Sideburns since day one. “Silver Flames” makes the comeback complete. 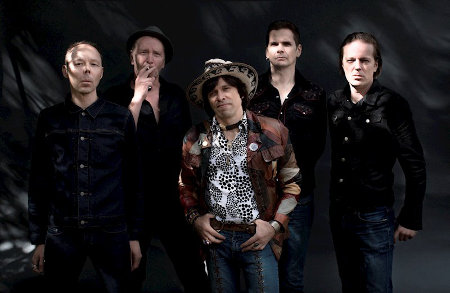