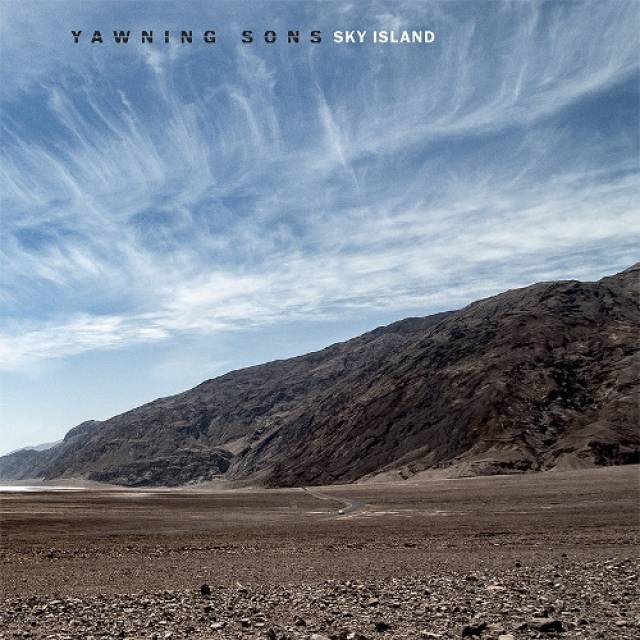 For 'Sky Island', the original YAWNING SONS line up that delivered the 'Ceremony to the Sunset' debut in 2009 returned, once again including exclusive performances from Mario Lalli, Scott Reeder and Wendy Rae Fowler. However, this desert rock heritage line up now includes highly respected desert rock stalwart Dandy Brown (Hermano, Orquesta del Desierto), also joining the band by performing on several tracks.
And with those words, the recording session of the second YAWNING SONS album concluded. Recorded live in the deepest part of Joshua Tree, 'Sky Island' reinforces Yawning Sons as a collaborative phenomenon firmly adjoining desert rock heritage with progressive instrumentation.
Before they gathered in Joshua Tree, the YAWNING SONS story started in 2008 when, during the pre-production of their then second album, Sons of Alpha Centauri invited Gary Arce from Yawning Man over to the UK to work with them to develop and record some of the material. From the very first initial session, it was evident that something unique and special had been born. Drenched in reverb and swirling in ambience, the band YAWNING SONS had taken flight. The band, a portmanteau of the two respective collaborative bands, was joined by fellow Yawning Man founder Mario Lalli (Fatso Jetson, Desert Sessions), Scott Reeder (Kyuss, The Obsessed) and Wendy Rae Fowler (Queens of the Stone Age, earthlings?) on vocals. Their debut album 'Ceremony to the Sunset' was released in 2009 to near universal critical acclaim, and within five years was re-released on vinyl, heralded as a "desert classic" and Yawning Sons had progressed to cult status.
Mastered by John McBain (Desert Sessions, Monster Magnet). 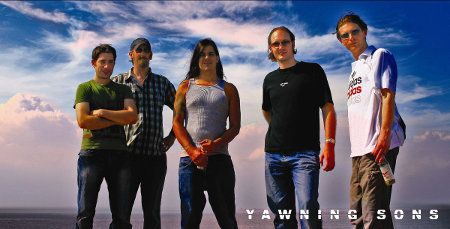