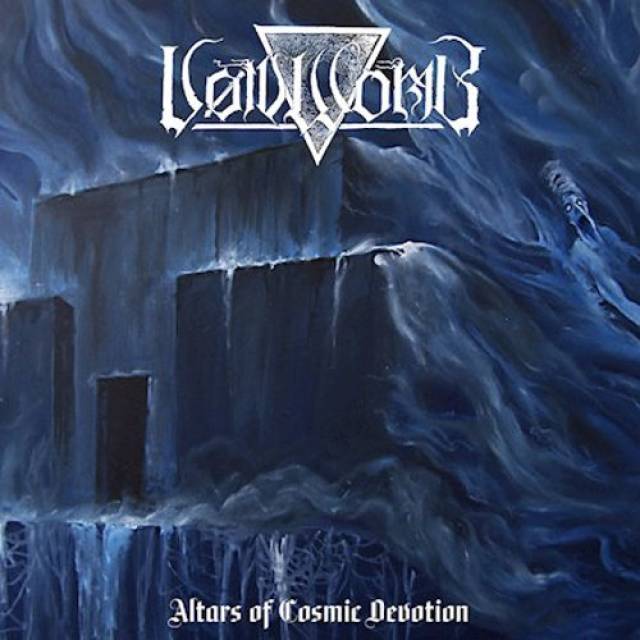 Debut EP "Altars Of Cosmic Devotion" out on February 19th!

The dawn of 2019 gave birth to a five-piece underground project emerging straight out of the void. Hailing from Viana do Castelo, Portugal, the black/death metal act VØIDWOMB was assembled to give expression to the ideas of M.S.Void (vocals) and the blood brothers Noctvs (drums) and F.S (bass). The last one invited Lord (guitar) to join in. After just one rehearsal, they felt the need to give more body and fullness to the band's sound. Fractal (guitar) entered the fray, and the circle was closed at last. The act of creation begun then in full force.
The first creation comes in the form of a five-song/18-minute EP aptly titled Altars of Cosmic Devotion. Fully fleshed out and shockingly accomplished, VØIDWOMB's public debut powerfully displays a punishing style of blackened death that authentically hearkens to the early '90s. With a flow somewhere between serpentine and martial, with their obsidian pulse patient and precise but never sterile, the quintet eschew so much of the sloppiness and rifflessness of nowadays black/death; across the EP are RIFFS galore, and all are rendered in clear 'n' crushing tones that again hearken back to the early '90s, more specifically the classic recordings of Morrisound. To that, VØIDWOMB's surging 'n' lurking hulk of sound conspicuously nods to Wisdom of Darkness-era Belial and early Deicide equally, and yet with a tendrilous identity all their own. Even so, such a combination is strikingly unique in today's underground landscape...
And this is but the start...VØIDWOMB have arrived as kings. Bow before their Altars of Cosmic Devotion! 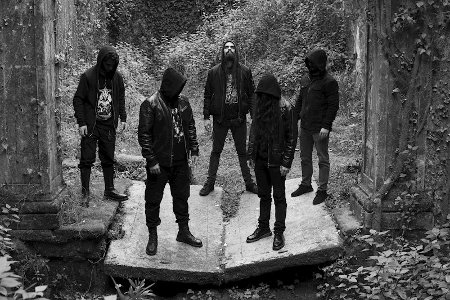