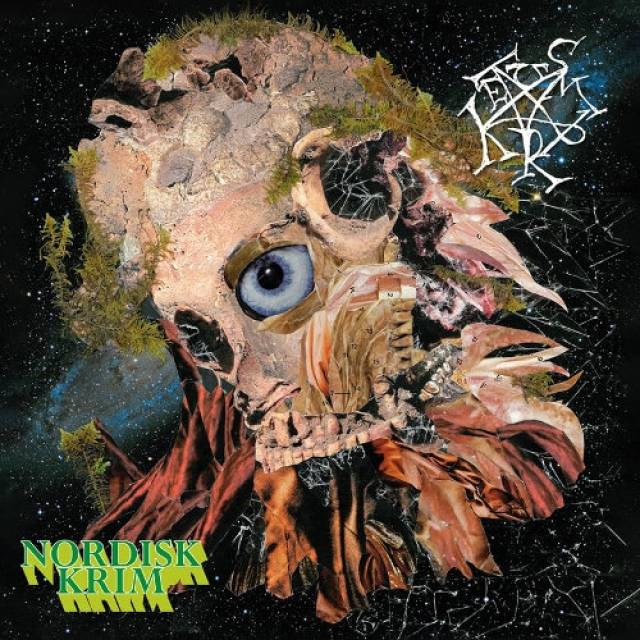 New album, “Nordisk Krim”, out on the 26th of February!

It is an album Psychedelic Folk Rock Proggers have long-dreamt of making, because it deals with one of their fascinations in life – the Danish Bog Bodies, which they first saw when they visited the museums at Moesgaard and Silkeborg as children and remained transfixed by the black bodies with their orange hair.
TUSMØRKE, regarding the title of the album itself: “Nordisk Krim, which means Nordic Crime, refers to the fact that the bog bodies were first thought to be a police matter. In reality, the true crime was disturbing the gifts to the gods in their slumber. Nordisk Krim celebrates the willing victims of ancient rites, those whose bodies are in the bog, but whose souls are among the stars in the heavens.“
The lineup on “Nordisk Krim” includes Benediktator (bass & vocals), Krizla (flute & vocals), HlewagastiR (drums), Haugebonden Gode Gullstein (keys) and Åsa Ree (violin), who recorded and produced the whole thing in Benedikator’s home studio (Det Ytre Rommet). Apart, of course, from some field recordings and some bubble noises recorded in the bathtub (The Bubble Bath of Blood)!
https://www.facebook.com/Tusmorke/
https://tusm-rke.bandcamp.com

More in this category: « INCARCERATION SUNSTORM »