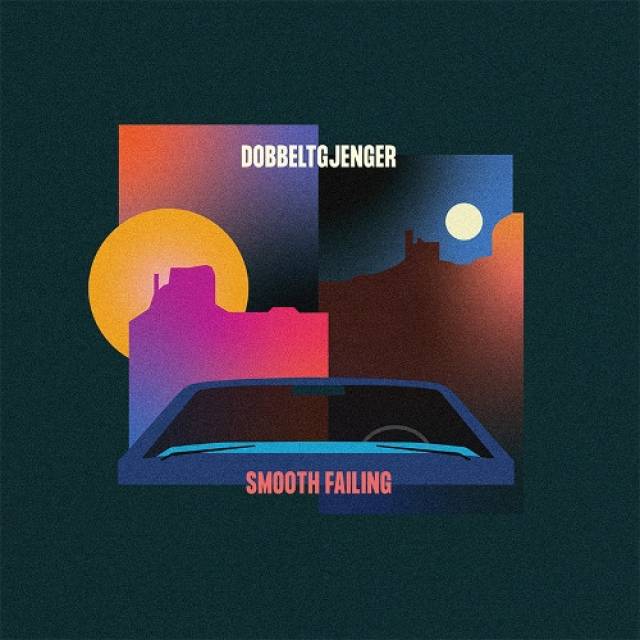 According Norwegian Rockers DOBBELTGJENGER the band has re-emerged “out of a colourful mist of neon tainted snow, in a vintage pink escape car, (un)fresh out of an infernal rock disco at a beat up bar in nowhere Norway, while both down and high on life” to present their third full-length album “Smooth Failing”.
By the time “Smooth Failing” hits the streets on the 9th April it will have been three years since the release of its predecessor “Limbohead”, and, as a taste of what to expect from a band that manages to stretch its sound in all directions, Karisma Records have today debuted “JOHANNA”, a single from the album, along with a video for the track. And it comes not before time, as DOBBELTGJENGER explain:
We have been waiting for SO long to release new material and we are DELIGHTED to bring forth this filthy, undomesticated and PINK(!) stoner-punk song! The video is recorded with a 2020-approved gear – an iPhone, and shot with the proper amount of social distance and in our singers living room. We all god damn need a mistress that can keep us safe in these fucked up times. So let JOHANNA put you in her comforting chains!
Vowing to bring back not just the Groove, but also the Fun, in Rock Music, DOBBELTGJENGER’s lineup of Vegard Wikne (OCEAN OF LOTION) vocals, guitars, bass and synths; Sondre Veland (MAJOR PARKINSON & OSSICLES) drums, percussion, grunts and guitar solo on Johanna; Knut-Martin Langeland Rasmussen on guitars;, Bastian Veland on guitar, synth, percussion etc., and Jone Kuven on bass, with Jonas Flemsæter Hamre (session saxophone) have created a superbly focussed album, filled with catchy songs and funky rhythms, which the band describe as:
An explosive, dark and neon saturated party album, where naive, riff based “the Strokes-esque” themes are met with vigorous grooves and cheeky falsettos. The album is about the gritty “BOOM!”s, manic “FUN!”s, gut wrenching “OH FUCK!”s and terrifying “I LOVE Y…”s of life”.
This album has been brewing on different computers for over three years. The record was written in a quite tumultuous, manic and self-destructive period of primus motor Vegard Wiknes life. SMOOTH FAILING revolves around the delight and self-deception of doing all the wrong things in your life. It´s a dark party album, made for bad decisions! 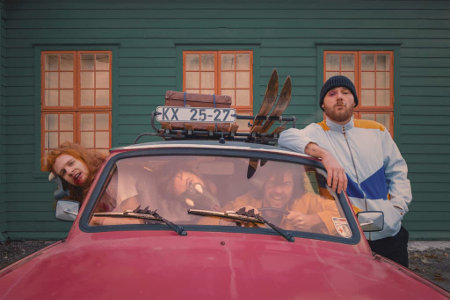 More in this category: « GHOSTS OF SUNSET CHEZ KANE »